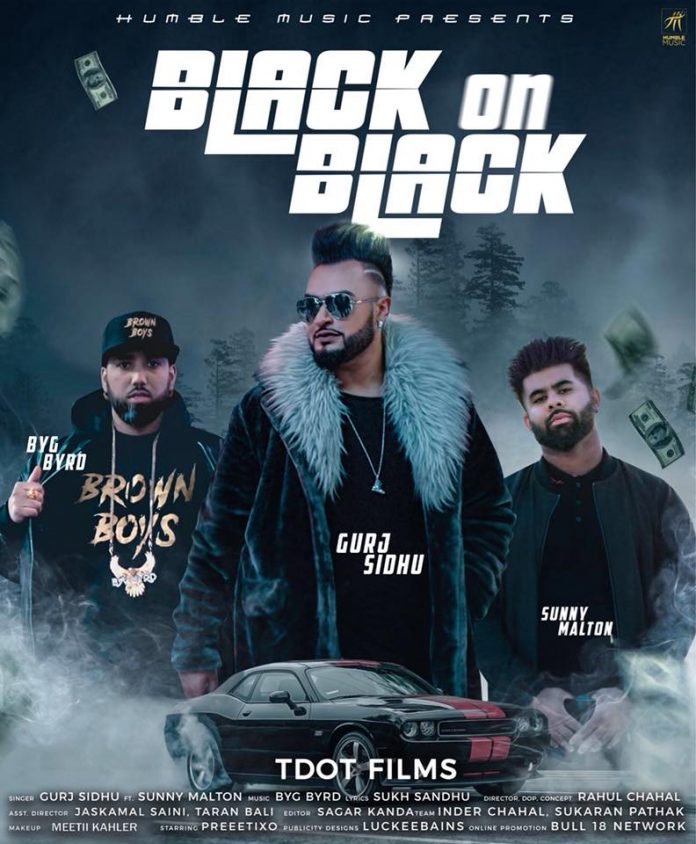 Punjabi singer Gurj Sidhu has teamed up with Canadian producer BYG BYRD, for the release of his latest track titled, Black on Black.

The latest track has more of a western influence in it, and has a great balance of folk and urban trap sounds to the music production, which Byg Byrd has become known for with his work with Sidhu Moose Wala.

This is also Gurj’s first time releasing music through Humble Music, that is an Indian label, and is Big Byrd’s first international song and working with a British artist.

Rapper Sunny Malton has also rapped on the track, and is known for working with Byg Byrd and Sidhu Moose Wala as well.

Black on Black also has a stunning music video to accompany the catchy track, which includes some great shots in different locations overseas.

Check out Black on Black by Gurj Sidhu featuring Sunny Malton below.