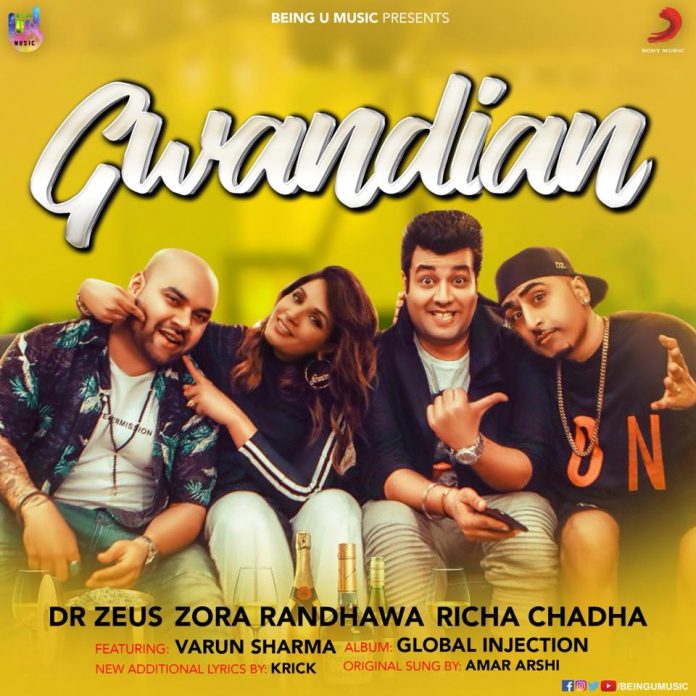 The pop song ‘Gwandian’ is the fifth song to be released from the album ‘Global Injection’ by Dr Zeus has been released.

It’s a remake of the classic 2003 tune ‘Gwandian Da Dhol’ by Dr Zeus and Amar Arshi, this time with a Zeus and Zora collaboration. The Bollywood actress Richa Chadha makes her singing debut with her Fukrey co-star Varun Sharma who is also making his first appearance in a Punjabi music video.

#global injection out now….. pls do go check out the rest of the album too…. I’m sure there’s a song for every type of listener….

The track has a fun, party vibe with a classic Punjabi beat. It’s set in a club and the music video is a tale of getting the whole neighbourhood dancing and partying. It’s sure to be one that will played at every party occasion! It’s a much-awaited track by the iconic duo Dr Zeus and Zora since Tha Tha which featured Preet Singh and Fateh Doe so check out the tune here: