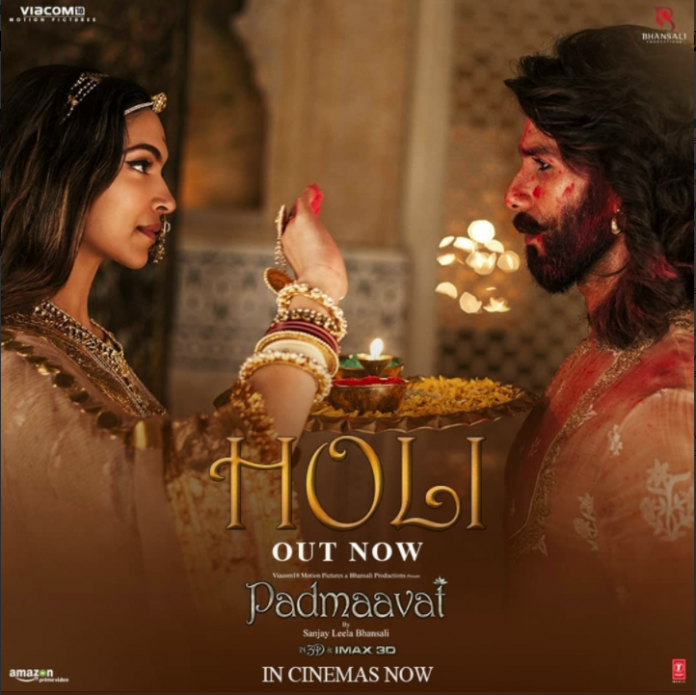 With the festivities of Holi kicking off, the song ‘Holi’ from the Bollywood movie Padmaavat has been released.

The traditional folk song from the movie, is sang by Richa Sharma and Shail Hada. The music has been produced by Sanjay Leela Bhansali, the director of the movie. The lyrics used are the traditional ones.

The scene shows their intense chemistry for each other, as they colour each other for the Festival of Colour.

‘Padmaavat’ recounts the tale of a legendary Mewar queen known as much for her beauty and intelligence as she was for her courage, her husband, a glorious Rajput ruler and a warrior king who fought till his dying breath to defend his kingdom and his wife’s honour, and an ambitious and obsessive invader, who left no stone unturned in his pursuit of the queen.

Padmaavat was originally meant to be released on 3rd December 2017, however due to the outbreaks around the movie it was pushed back to 25th January 2018.

Check out Holi from the Bollywood movie Padmaavat.