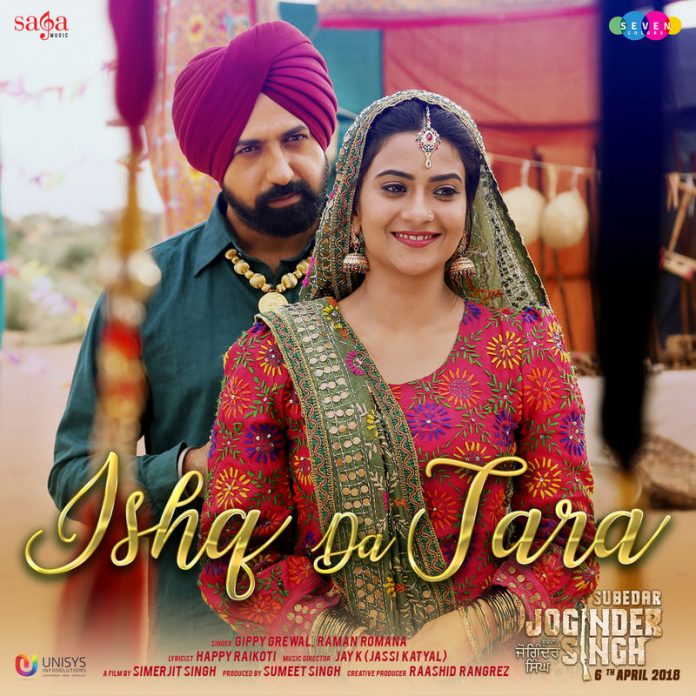 It was the first ever Punjabi song to see a release at the famous Times Square, New York, making history for Punjabi cinema.

The song, that has been sang by Gippy Grewal, is a traditional Punjab songi, and we see Gippy alluring his love interest with his dance moves.

It has been shot in the picturesque location of Surategarh, which gives the setting an authentic Punjabi feel. The colourful clothes and props light up with the video, and the beautiful lyrics will make you fall in love with it.

The film is based on Subedar Joginder Singh’s life, and follows the journey of the Indian army. It will capture the audience’s attention and take them on a trip to memory lane to relive the moments.

The film is based around a brave Soldier Subedar Joginder Singh, the commander of 11th platoon of Delta Company. Joginder, Served the 1st Sikh Regiment of the Indian army, with a handful of Sikh Soldiers who stood strong against thousands of Chinese soldiers and continued to fight despite being wounded and shot during war.

This much anticipated biopic of the Param Vir Chakra recipient ‘Subedar Joginder Singh’ is all set to release on the 6th of April, 2018 worldwide.

Check out Ishq Da Tara from the upcoming Punjabi movie below.