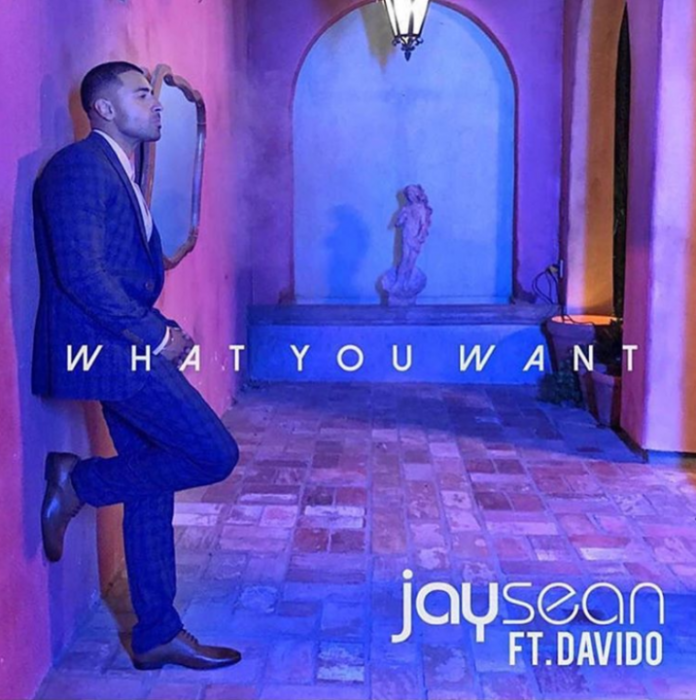 The song features an upbeat tempo with a catchy beat. The track from Jay Sean doesn’t disappoint, and is one to add to the pre-list playlist.

Me and @iam_Davido just dropped some new hotness for you. "What you Want" is out world wide now! Check it here! https://t.co/28Lm4e8w33 pic.twitter.com/2Lo6AOEnbq

What You Want is Jay Sean’s second release of 2017, following on from Do You Love Me released in March.

Jay describes What You Want as “a song I know my fans will love. It’s got that classy smooth vocal against a track that bumps, and Davido’s energetic feature delivery really adds that bounce!

We touched on a bit of Afro-beat on this one. Something I really dig. I’ve been putting international collaborations together since day 1 – from Sean Paul to Nicki Minaj to Davido…I love bringing the different vibes together.”

Having previously collaborated with the likes of Lil Wayne, Skepta and more recently Sean Paul, Jay Sean continues to propel forward. After his platinum selling records Do You Remember, Down, I’m All Yours & 2012 he went on to amass over 70 million streams on Make My Love Go featuring his longtime collaborator Sean Paul.

For over a decade Jay Sean has continued to feed the appetite of his audience and while peaking on embracing a new approach to the music scene, Jay says “I think nowadays, there are no rules. Fans just want music, regardless of whether it’s a remix, a bootleg, a mix-tape or an official release. That’s the future and I just want to keep breaking the rules.”

Check out the music video for What You Want by Jay Sean below.