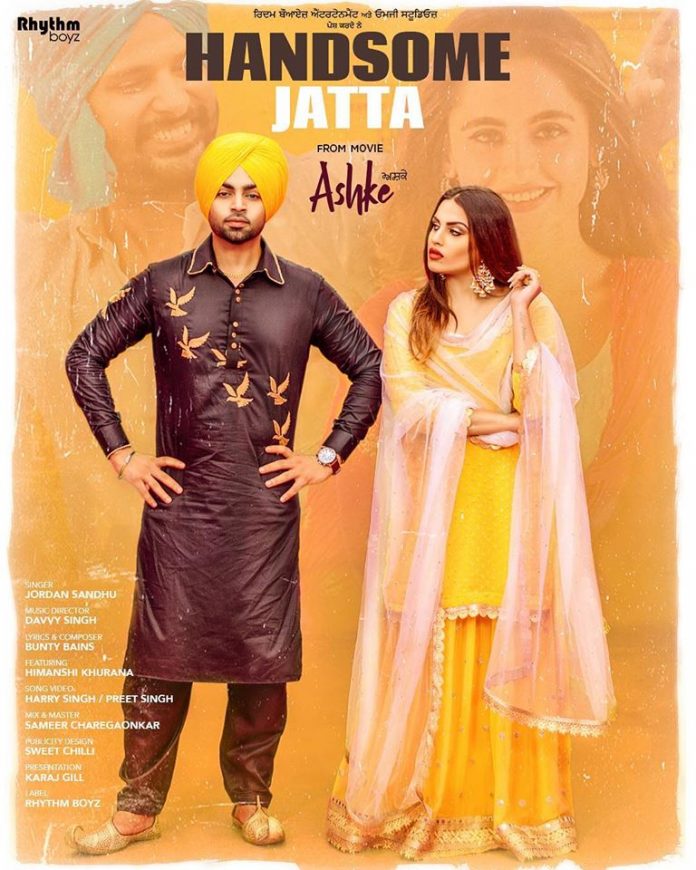 After the release of ‘Teeje Week’ and ‘Daaru Pee Ke Roye Ni’, Sandhu has caused a storm in the Punjabi music industry and his his fan base is growing rapidly. The singer shows off his versailiy as an artist by releasing diverse tracks ranging from sad to Bhangra heavy.

He’s now back with ‘Handsome Jatta’. which is a Bhangra track that will have audiences everywhere  dancing along to it instantly. The track features singer Himanshi Khurana, and the beat of the music has been produced by Davvy Singh. The lyrics have been written by Bunty Bains who has also composed the track as well.

The song will feature in Punjabi movei ‘Ashke’, and is the first song to be released from the movie. It has a strong cast featuring Amrinder Gill, Jaswinder Bhalla and Hobby Dhaliwal. ‘Ashke’ is out in cinemas now.