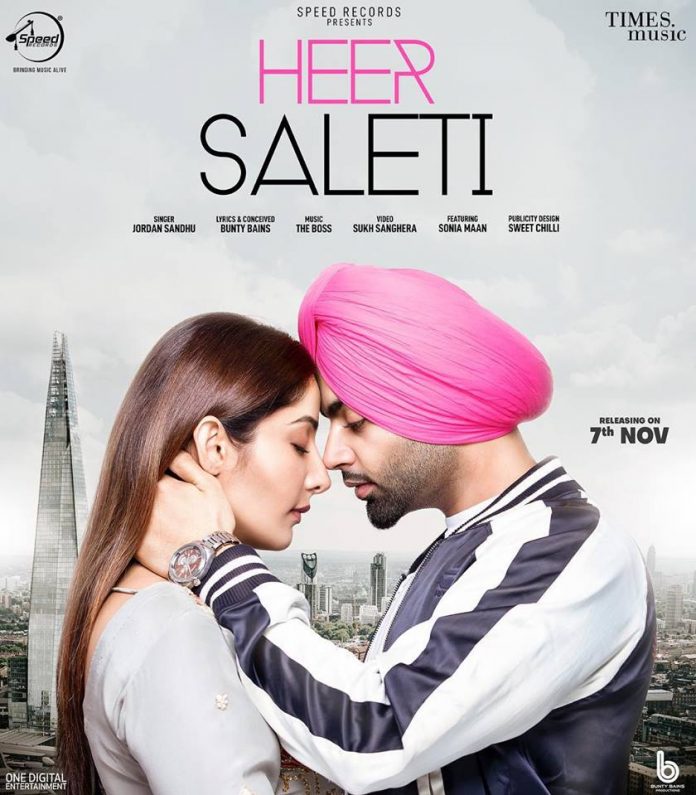 During the Diwali celebrations, many artists chose to release new music as a special gift to their fans. Jordan Sandhu did the same and released a love ballad over the Festival of Lights period.

The famous team who created ‘Teeje Week’ are back again, with The Boss who has produced the music and the heartfelt lyrics written by Bunty Bains. The music video features actress Sonia Maan, who plays Jordan’s love interest.

Well known Indian music director Sukh Sanghera has shot the music video, where he has shot the video in picturesque locations showing off some stunning sights in a city.

The track was trending on the YouTube charts just six hours after it’s release, and another hit for Jordan to add to his collection.

Check out ‘Heer Saleti’ below.