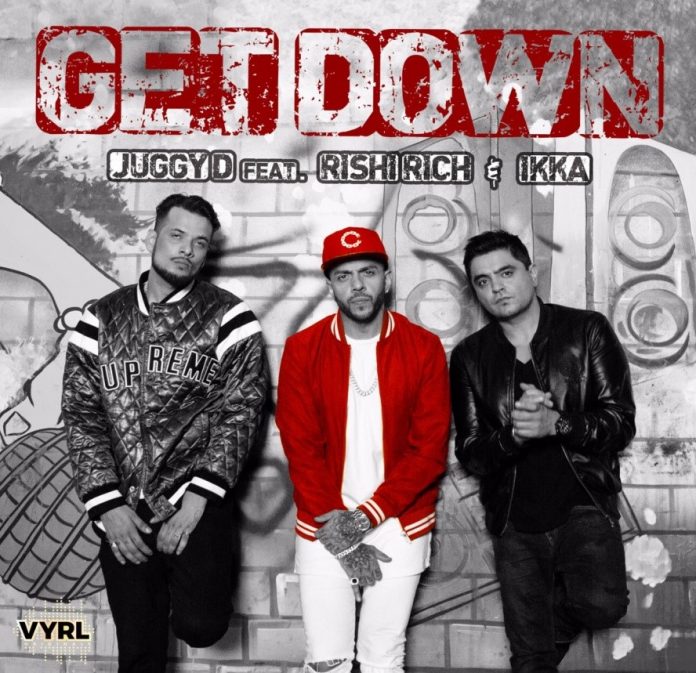 British Asian Juggy D has teamed up with rapper IKKA & well-known producer Rishi Rich for their latest track titled, Get Down.

The latest track is an urban club banger with Juggy D’s Punjabi flow matched with a slick production from Rishi Rich, who has fused the Western & Asian beats perfectly. Rapper IKKA adds a special touch to the track with his fiery rhymes.

Speaking about the track, Juggy D said: “It’s been an amazing vibe from vocaling the track to shooting the video and having Ikka on it is great, it mixes our UK flavour with the Indian rap scene.”

The music video represents the song down to a T. It has been perfectly shot in tandem with the soundtrack and adds the grungy and raw sounds of the production, vocals and the rap, accentuating the musical brotherhood between all 3 artists.

Check out ‘Get Down’ below.