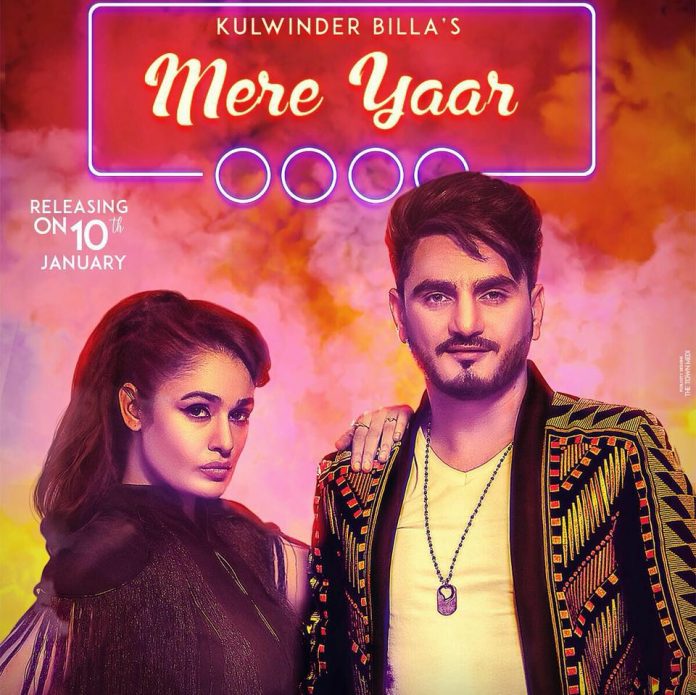 Punjabi singer Kulwinder Billa is back with his latest track titled, Mere Yaar.

The singer has come together up with lyricist Shivjot again, for the release of their latest track.

Kulwinder has gone for a different music approach in Mere Yaar, and we can hear an up-tempo dance beat, that we see Kulwinder dance to in the music video, that has been directed by Arvindr Khaira.

This is Billa’s first release of 2018, after we saw huge tracks such as ‘Palazzo’ and ‘Yaadan Supne’ released by the singer last year.

Yuvika Choudhary stars as the lead model in the music video, where we see the couple act as a married couple. The music video shows Billa wanting to spend time with his friends but thinks wife will stop him from going out.

Check out Kulwinder Billa – Mere Yaar below and on BritAsia TV.