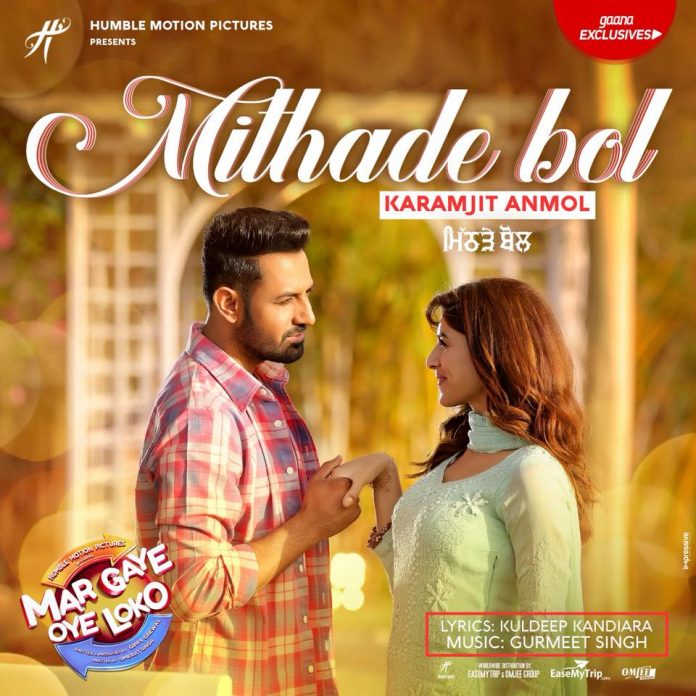 The makers of the movie have released another track from the anticipated comedy movie much to the delight of fans. This time, they have brought Punjabi singer and actor Karamjit Anmol on board and has sung the romantic song titled, ‘Mithade Bol’. The track has been written by Kuldeep Kandiara and Gurmeet Singh has composed the song.

In the video for the track, it features lead actors Gippy Grewal, Binny Dhillon and Sapna Pabbi. It gives us another insight into what we can expect from the movie, and shows how the romance develops.

‘Mar Gaye Oye Loko’ features some of the biggest actors from the Punjabi movie industry such as Gippy Grewal, Binnu Dhillon, Sapna Pabbi, Gurpreet Ghuggi and many more.