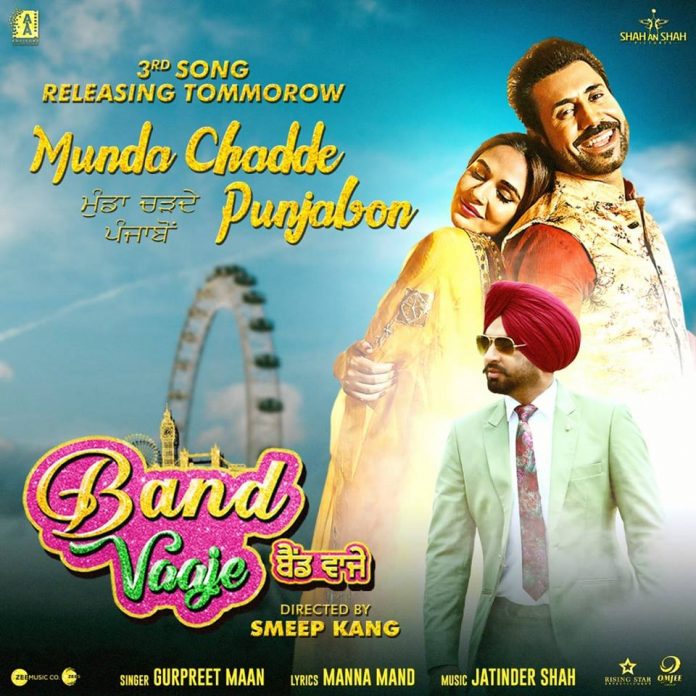 The makers behind the upcoming Punjabi movie ‘Band Vaaje’ have released the third track from the movie titled ‘Munda Chadde Punjabon’.

With only one more day until the release of the Binnu Dhillon and Mandy Takhar starrer, the makers have dropped another track from the soundtrack.

‘Munda Chadde Punjabon’ is the romantic track we were waiting for, and we get to see the sizzling chemistry between both lead actors.

The track has been sung by a singer called Gurpreet Maan, and written by Manna Mand and famous Indian music director Jatinder Shah.

Part of the movie has been filmed in the UK, and we see stunning shots of the London Eye in the capital, and then a festive market which was filmed during Christmas time in Birmingham. The beautiful encounter between Mandy and Binnu will leave your hearts swooning, and the fresh pairing is another change in the Pollywood industry.