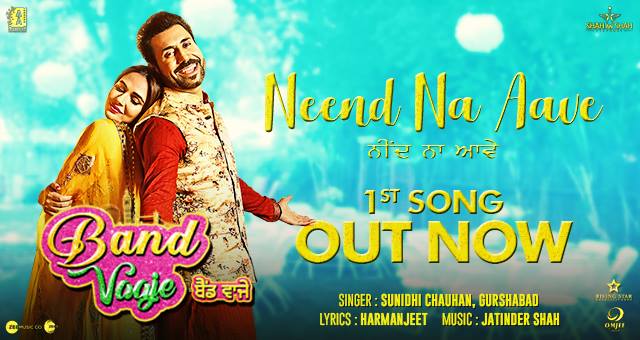 The makers behind the upcoming flick ‘Band Vaaje’ have released the first track from the flick titled ‘Neend Na Aave Mainu’.

Following on from the release of the trailer, the filmmakers have released the romantic ‘Neend Na Aave’ starring lead actors Binnu Dhillon and Mandy Takhar.

The track shows the sizzling chemistry brewing between both Binnu and Mandy, and is filmed in a wedding setting. We see UK born actress Mandy Takhar dazzling the audience with her fairtytale dance moves, and captures the attention of Binnu Dhillon. This song shows that love at first sight can indeed happen!

From the trailer, we know the flick will be about a Lahore based girl falling in love with a Punjabi guy. The movie also features a stellar cast including Gurpreet Ghuggi, Nirmal Rishi and Jaswinder Bhilla.

The Smeep Kang directorial is set to hit cinemas on 15th March!