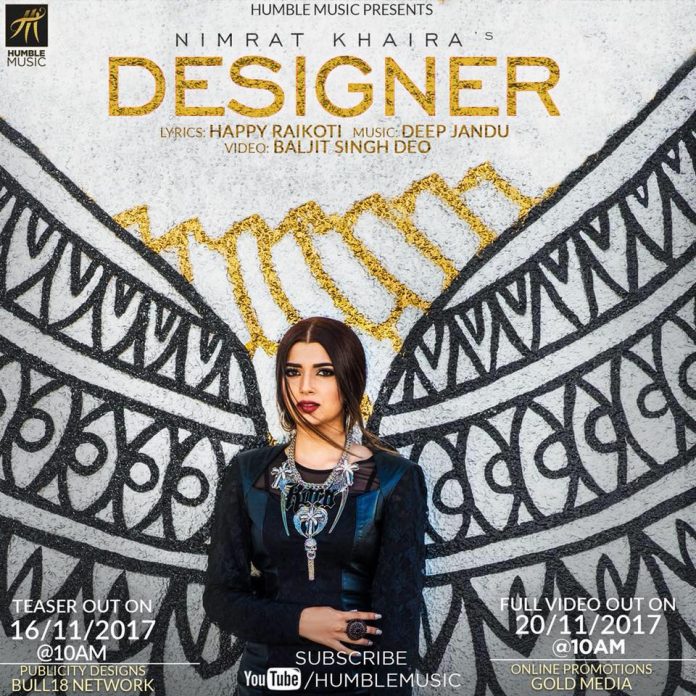 Punjabi singer Nimrat Khaira is back with her latest track Designer.

She recently released a track with ‘Gangland’ singer Mankirt Aulakh, which has received over 24 million views on YouTube.

Designer has been produced by famous Indian producer Deep Jandu, and has been released by Humble Productions.

Check out Designer by Nimrat Khaira below and on BritAsia TV.