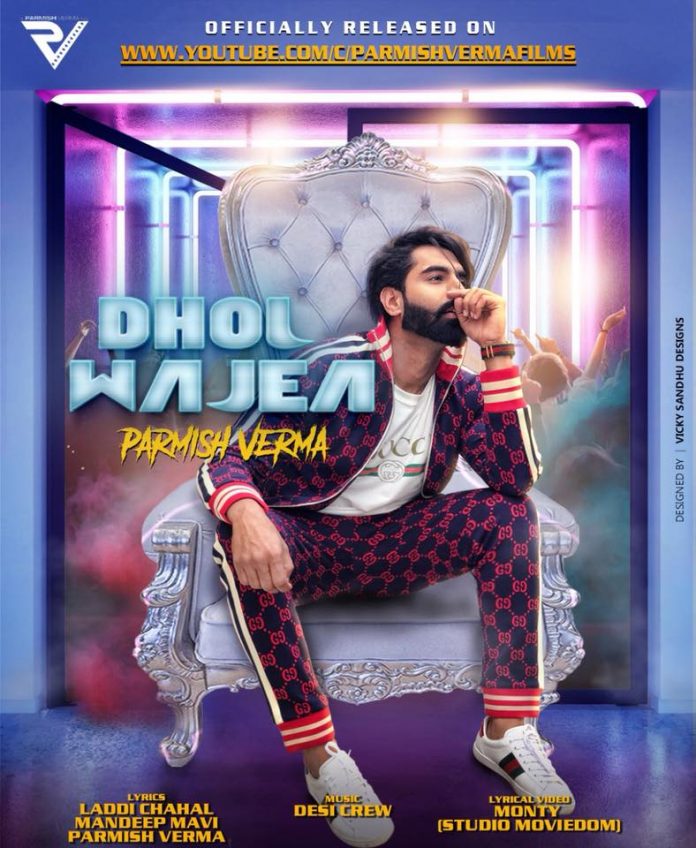 After the success of his previous track, ‘Gaal’ and ‘Shada’, the Punjabi singer is back with ‘Dhol Wajea’, that is sure to be another hit from the Punjab native.

After dealing with a tragic event a couple of months ago, Parmish has made his comeback, which his fans have eagerly been waiting for. In the first hour of its release, the song already accumulated more than one million views. Showing off Parmish’s huge fans following.

The lyrics have been written by Laddi Chahal, Mandeep Mavi and the Punjabi singer himself. He has enlisted the help from Desi Crew, who have produced the music for ‘Dhol Wajea’.

The singer is also set to prepare to feature in the Punjabi remake of Ajay Devgan’s ‘Singham’, where Parmish will be playing the lead.