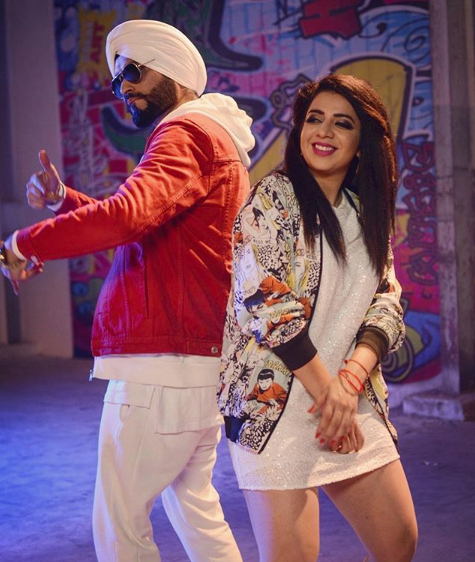 Jasmine Sandlas has had a huge year releasing hits such as ‘Patt Lai Geya’, ‘Sip Sip’, and the singer also announced that she has an album coming out soon. To end the year off, she has collaborated with music producer and singer Preet Hundal for ‘Whiskey Di Bottal’.

We have seen a lot of behind the scenes action from the music video which was shot a few months back, and now the duo have shared the full video.

The Punjabi pop number is super catchy and will have you dancing along with it. Jasmine’s strong vocals make the track, and shows off her versatile style. As well as singing the track, Preet has also written the lyrics and composed the music for it.

The duo seem comfortable with each other in the music video, and we see them in fun and cool scenes where Jasmine even shows off her best dance moves!