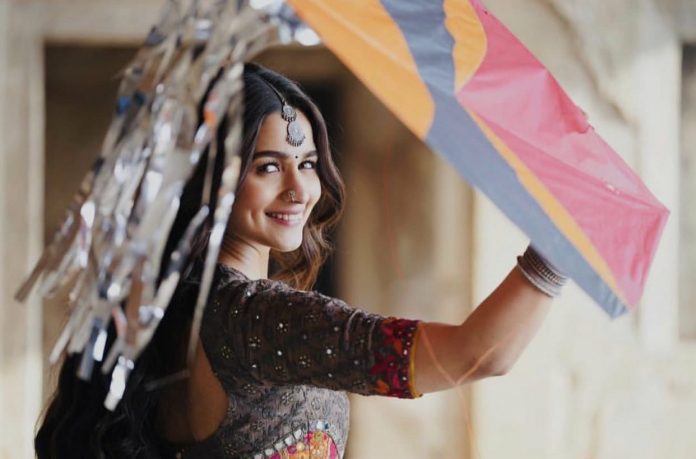 The makers behind the Bollywood period drama ‘Kalank’ have released the dance number ‘Rajvaadi Odhni’ from the soundtrack.

‘Kalank’ was released last month, and to a sea of mixed reviews. Not everyone was happy with the flick and wasn’t sure what to make of it. This was the flick Karan Johar’s father had envisioned years ago but unfortunately was put on hold due to his death.

However, producer Karan Johar brought it back to life with a whole new cast and over the top locations, which scream Bollywood.

‘Kalank’ wasn’t too well received by the fans but did cause a frenzy in the box office! To encourage more of the public to go and watch, the makers have released the traditional female solo track ‘Rajvaadi Odhni’.

The track has been sung by Jonita Gandhi and has a very strong Rajasthani influence on the music and the lyrics of the song.

The fast-paced song keeps up with the celebratory around Navratri, and will make you want to get up and dance along with it. The track is full of traditional Rajasthani percussion’s and rhythms infused with bass and electric guitars.

The song fits perfectly with the visuals of Alia Bhatt donning a beautiful outfit and celebrating around the town. It’s the big colourful number every Bollywood flick needs!