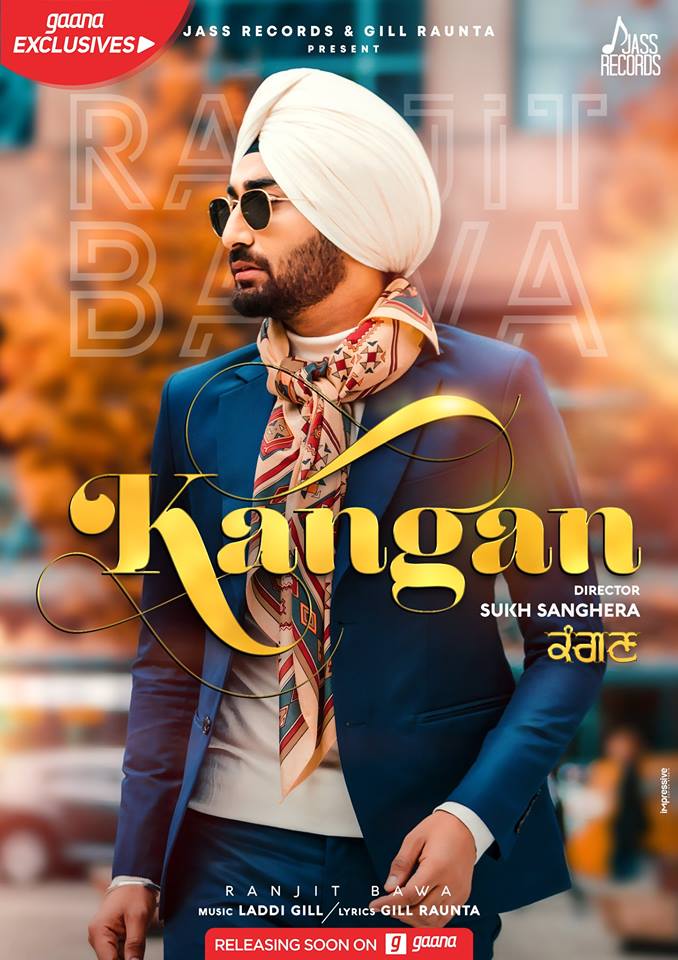 Earlier this year, the ‘Weekend’ singer released his album ‘Ik Tare Wala’, which was adored by Ranjit Bawa’s fans around the world. His previous track ‘Phulkari’ was a romantic track, which garnered over 9 million views on YouTube.

He’s now back with another romantic Bhangra track titled ‘Kangan’.

The mixture of infectious Bhangra beats and heartlfiting lyrics will fill you up with emotion, and is sure to get you dancing in no time. The track has been written by Gill Raunta, and Laddi Gill has produced the music for it. Prominent music director Sukh Sangera has directed the music video.

It’s a love at first sight music video, and shows the journey of Ranjit and his love interest falling in love.

On the movie front, Bawa is set to star alongside Ninja and Jassie Gill in the movie ‘High-End Yaariyaan’. The flick will be directed by Pankaj Batra and will hit cinemas February 22nd 2019.