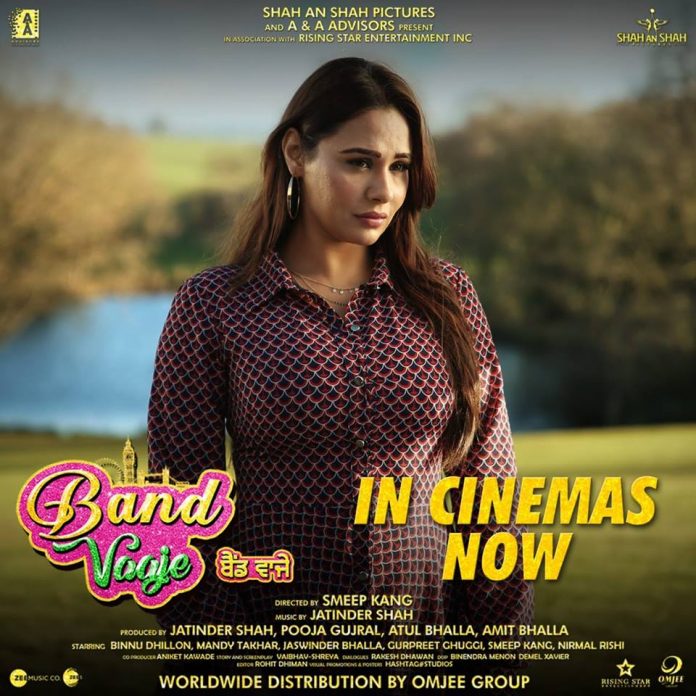 The makers behind the newly released ‘Band Vaaje’ have released the dance track ‘Saah Charrgaya Ve’ from the soundtrack.

The newly released flick has gained huge attraction from around the world, and with the fresh pairing of Binnu Dhillon and Mandy Takhar – it makes this movie a must watch!

To keep the hype around the movie, they have released the upbeat track ‘Saah Charrgaya Ve’.

The catchy duet has been sung by Gurlez Akhtar and Kulwinder Kally. After watching the video, you may find it reminiscent to the Bollywood track ‘Kala Chashma’. We see both Mandy and Binnu sporting black sunglasses and breaking into a quirky hook step just like they did over in Bollywood.

We see the lead actors both dressed up in both glamourous western clothes and traditional Punjabi outfits. The energy in the video keeps you entertained and curious to know more about the film.

The Smeep Kang directorial is in cinemas now!