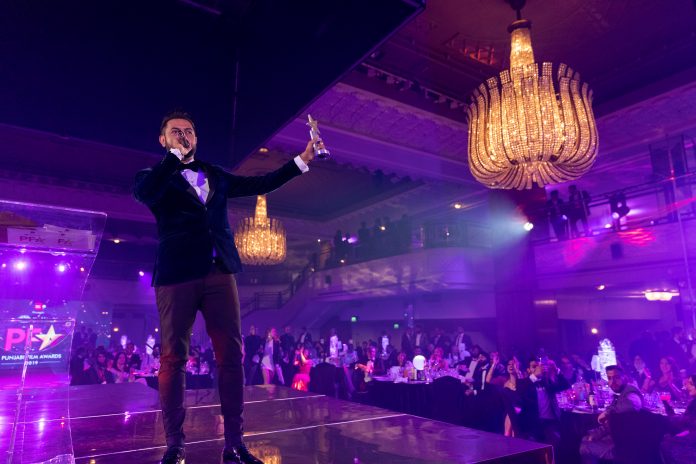 The makers behind the newly released Punjabi movie ‘Manje Bistre 2’ have released the latest track ‘Saak’ from the flick’s soundtrack.

The team behind the latest Gippy Grewal and Simi Chahal starrer, Manje Bistre 2, have made sure they keep the audience on their toes. The fans have been treated with many surprises and some hit songs from the movie already.

Now on the day of the release, the makers are keeping the hype and have released the Bhangra track ‘Saak’.

The latest track is the ultimate movie dance number, which features the entire cast of the flick. We see them all dancing and celebrating with each other, and dressed in their finest traditional Punjabi outfits.

‘Saak’ been sung by none other than lead actor Gippy Grewal and Sudest Kumari. The Bhangra track will have audiences on their feet in no time, and will be one to add to the playlist.