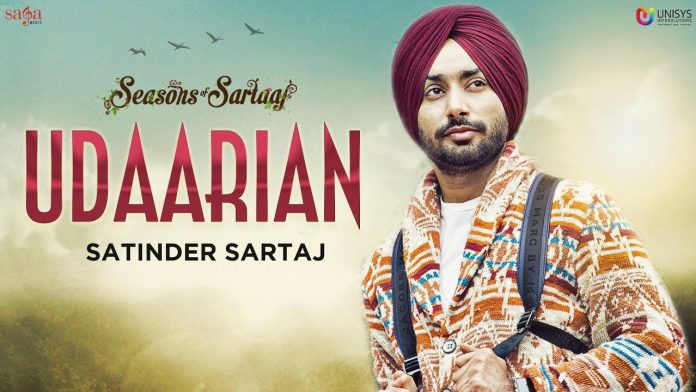 Sufi maestro and Punjabi singer Satinder Sartaaj has released another track ‘Udaarian’ from his album ‘Seasons of Sartaaj’.

Sartaaj fans will be delighted to see more music from the Punjab native, and is another soulful romantic track which all lovebirds will be able to relate to. ‘Udaarian’ explores the feeling of falling love and what happens when you meet your love at first sight.

The Sufi singer has written the love ballad himself, and is accompanied by music which has been composed by Jatinder Shah and Sumeet Singh. With the famous trio working together, there is no doubt that this song will be just as successful as Sartaaj’s previous releases.

The music video for the song also compliments the song, and has been beautifully shot and edited by Sunny Dhinsey. We see Satinder and his love interest in idyllic locations in the rural parts of the country where he woos the girl he is in love with.

Check out all the songs from Satinder’s album ‘Seasons of Sartaaj’ below.