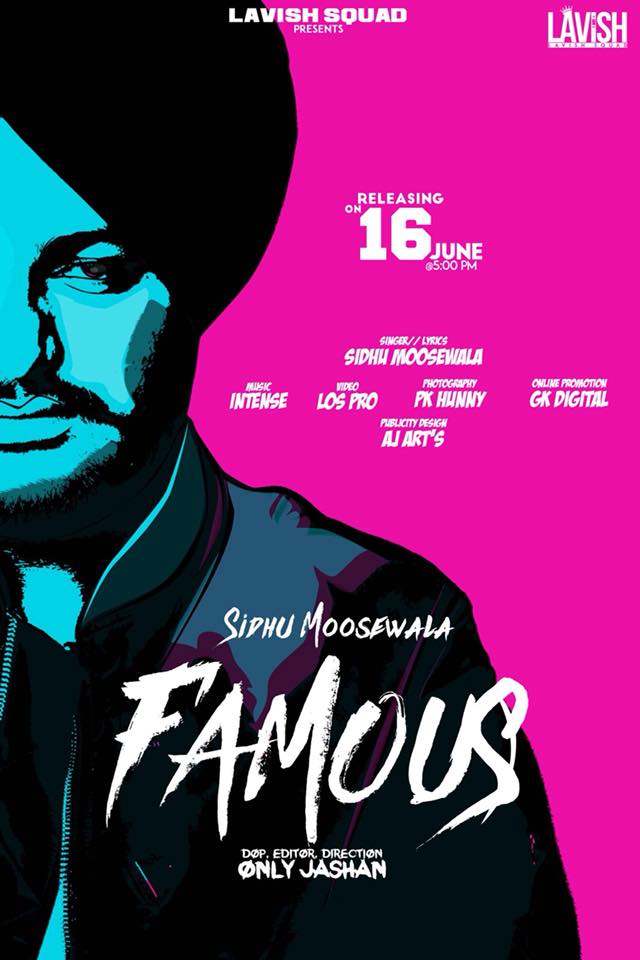 Punjabi singer Sidhu Moose Wala is back with another track titled, Famous.

Sidhu Moose Wala has been releasing hit after hit, and his fans around the world eagerly wait for new tracks from the singer.

The song has already become a huge success, with over 2 million views, and received over 19,000 views on YouTube in the single hour of its release.

The music has been created by Intense Music, and has produced a catchy and upbeat song that fits in well with Moose Wala’s style of tracks that he has previously released such as ‘So High’ and ‘Issa Jatt’, where he worked with producer Byg Byrd.

The video for ‘Famous’ has been creatively edited by Only Jashan, which keeps the audience’s attention. It takes us on Siddhu’s journey from being a normal guy to then performing across the world. In the video, we can also see images of the Punjabi singer, where they have been cleverly manipulated to move just his mouth.

Check out Famous by Sidhu Moose Wala below.