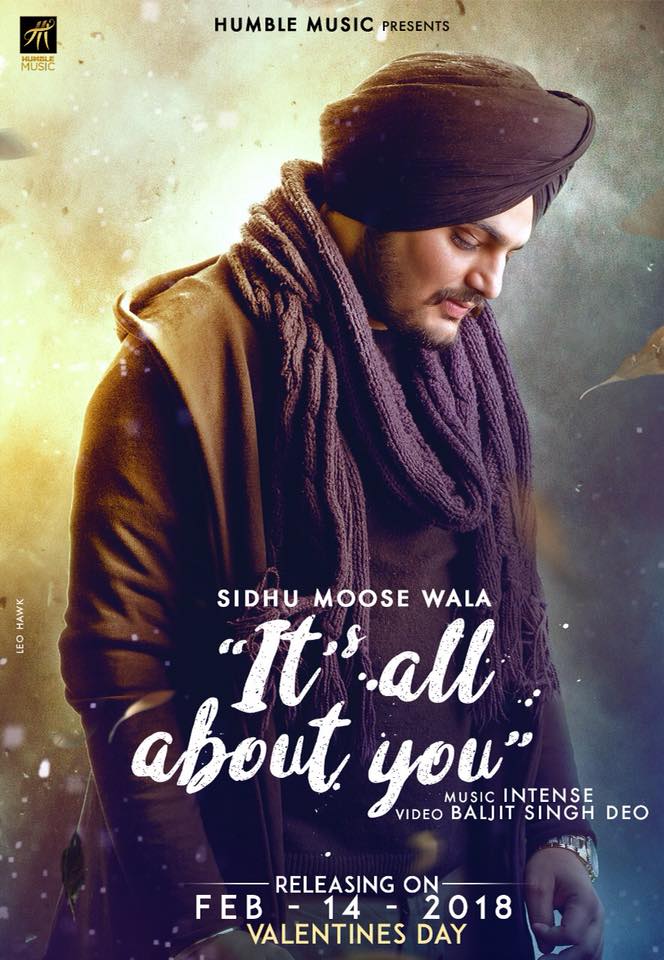 Sidhu Moose Wala has made an huge impact in Punjabi music, and has been releasing hit after hit, and has been constantly receiving millions of views on his YouTube videos.

This time, he’s back with a different approach for Valentine’s Day and has released his romantic track, Its All About You.

We’re normally used to hearing gangster rap in his tracks, however with Valentine’s Day here, the Punjabi singer has released his love song for the season along with many other Indian artists.

The Canadian Punjabi rapper surprised his fans a couple of days ago, when he instagrammed the poster for his new track, which received over 30K likes in an hour.

Its All About You, shows his versatility in his music and his softer approach. The track has been produced by Intense, and the lyrics have been written by Moose Wala himself.

In the music video, that has been directed by Baljit Singh Deo, we see Moose Wala in different beautiful locations, serenading his love interest.

Check out Its All About You by Sidhu Moose Wala below and on BritAsia TV.