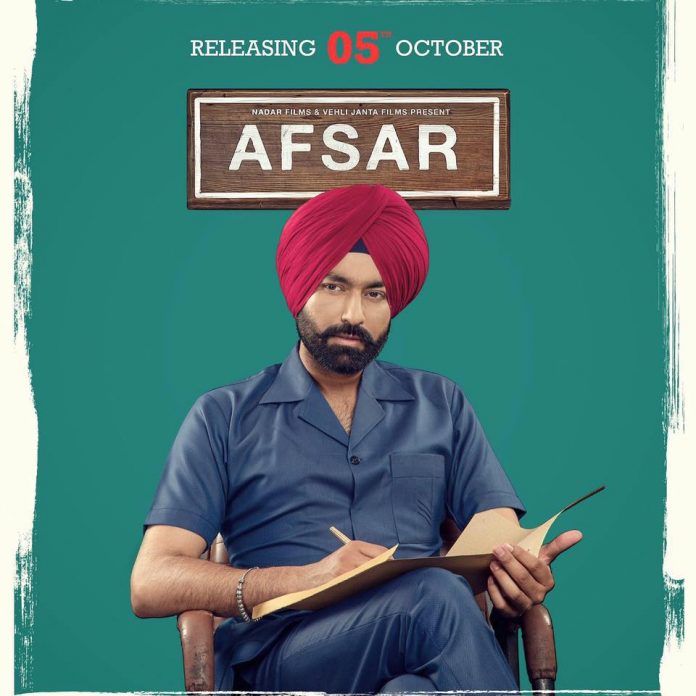 The makers of the upcoming movie ‘Afsar’ have released the first song from the soundtrack of the movie, titled ‘Sun Sohniye’.

This one is a romantic number perfect for your wedding playlist!

With Tarsem Jassar and Nimrat Khaira in the lead roles, this romantic comedy is sure to engage audiences throughout. The latter provides her vocals to the track with Ranjit Bawa and it makes for a perfect combination! It is a romantic track in a traditional folk Punjabi style. The music video shows the principal characters’ sweet, romantic connection.

The film will be releasing on the 5th October and it is the first time we will be seeing the intense actor Tarsem Jassar in a more humorous, romantic role. Nimrat Khaira will be on the big screen as the lead actress for the first time, despite playing a supporting role in ‘Lahoriye’ with Amrinder Gill and Sargun Mehta.