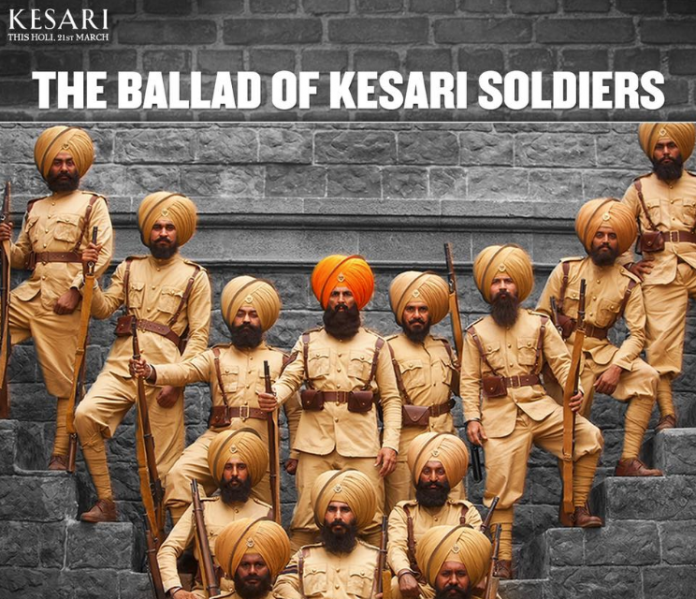 The makers behind the upcoming Bollywood movie ‘Kesari’ have released the patriotic track ‘Teri Mitti’ from the soundtrack.

The upcoming Akshay Kumar starrer ‘Kesari’ has been causing waves round India, since the flick was first announced. The true based movie is set to tell the story of 21 brave Sikh soldiers battling against 10,000 Afghan soldiers.

The makers have slowly been releasing new material from the movie, and now they have released the powerful ‘Teri Mitti’.

The latest track has been sung by popular Punjabi singer and music director B Praak. The ‘Rabba Ve’ singer has made his Bollywood playback debut with this track, and his vocals prove why he was the best man to sing this song.

‘Teri Mitti’ is an emotional tribute to all the soldiers who put their country first and scarified their life for the nation. The song will bring out the patriotism in you and is sure to leave you with goosebumps.

The video will take you on an emotional journey, as we see the struggle they go through to fight for their country. The raw emotion will keep you captivated, and makes this a movie worth watching.

‘Kesari’ is based on The Battle of Saragarhi took place on 12th September 1897. 21 Sikh soldiers, who were part of the British Indian army, were ordered to protect the forts of Lockhart and Gulistan, which bordered Afghanistan. 10,000 Afghan tribal warriors attacked the fort, but the 21 brave soldiers put their lives on the line to protect the country from their enemy. Check out the flick in cinemas 21st March!