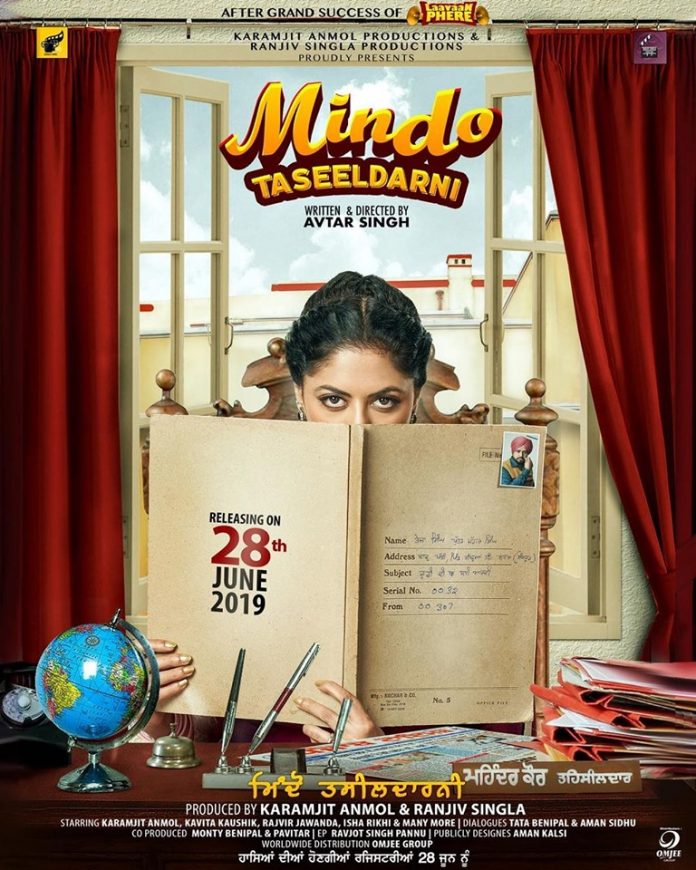 The makers behind the upcoming Punjabi movie ‘Mindo Taseeldarni’ have released the first track ‘Veere Diye Saliye’ from the soundtrack.

The film has created a lot of buzz and hype ever since it was announced, and the trailer proved further success when the trailer was released.

Its jam packed with comedy and the storyline looks set to be an interesting one to the viewer. The movie features Karamjit Anmol and Kavita Kaushik who play love interests in the flick.

The first song which has been released is ‘Veere Diye Saaliye’, which has been sung by Pollywood star Gippy Grewal, ‘Laung Laachi’ singer Mannat Noor and Rajvir Jawana.

The visuals take place in a wedding environment, where we see all the cast celebrating with one another. The vibrant and colourful setting gives this song makes this the ultimate film song. Check it out below.

‘Mindo Taseeldarni’ is set to hit cinemas on 28th June.