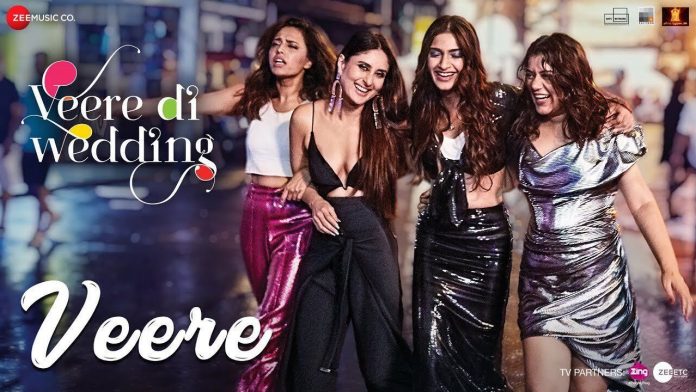 After the release of Tarefaan, sang and rapped by Indian rapper Badshah and then saw the release of ‘Bhangra Ta Sajda’, which created an even bigger for the movie.

The song Veere is set to be the friendship anthem of the year, and portrays the bond that the four friends have with each other. The song has been composed by Vishal Mishra, and features the voices of Vishal Mishra, Aditi Singh Sharma, Lulia Vantur, Dhvani Bhanushali, Nikita Ahuja, Payal Dev and Sharvi Yadav.

Veere Di Wedding has been produced by Rhea Kapoor, Ekta Kapoor and Nikhil Dwivedi, and directed by Shashanka Ghosha. The film is set to be released in cinemas 1st June 2018.

Check out Veere from ‘Veere Di Wedding’ below.