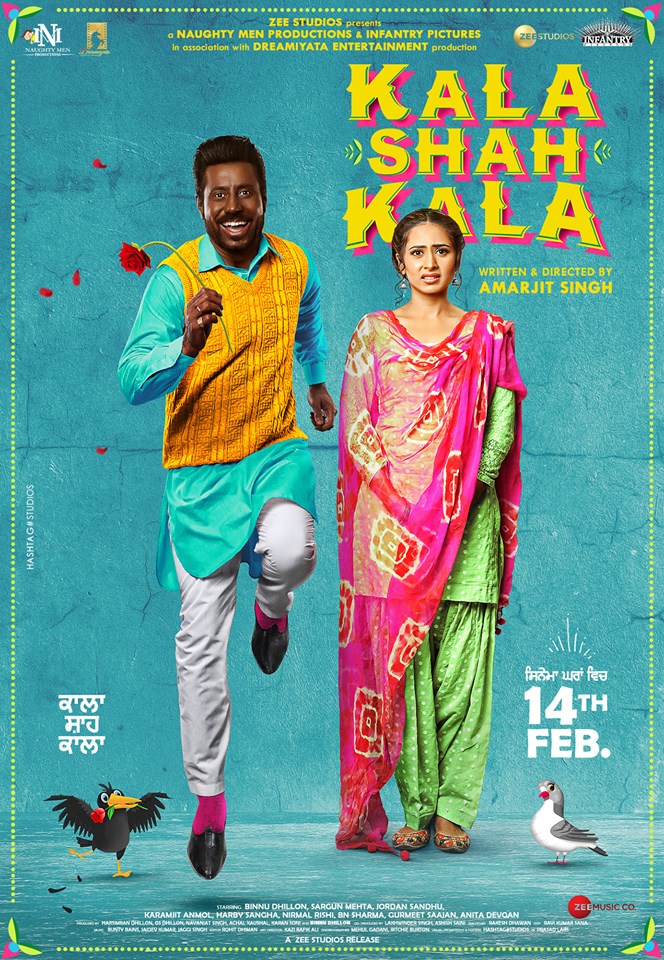 The makers of the upcoming Valentine’s Day release ‘Kala Shah Kala’ have released a new track from the film titled ‘Viah Te Peeniyan’.

‘Viah Te Peepniyan’ is a peppy wedding number which encompasses all the feelings of excitement for any Punjabi wedding entourage.

The singers Ranjit Bawa, Jaggi Singh & Charanjit Channi blended together to create an energetic number which is sure to get played during ‘wedding season’.

The track was also produced by Jaggi Singh while Jogi Raikoti injected the playful lyrics to ‘Viah Te Peepniyan’.

The video features lead actor Binnu Dhillon enthusing at the idea of his own wedding bugles playing.

His family and friends all join in the excitement in the video and are seen dancing and laughing. Snippets of lead actress Sargun Mehta are also seen in the video as she appears smiling as the cast are all involved in wedding preparations.

The track was also featured in parts in the trailer for the movie. The plot of the film is centralised Binnu Dhillon’s character trying to find love and a wife in Sargun Mehta.

However, he faces challenges due to his darker skin colour and this becomes more complicated with the entry of Jordan Sandhu’s character.

The film is an attempt to educate and still entertain audiences while looking at the social issue of colour based discrimination, which are presented in India and how this has been known to cause issues for marriage.