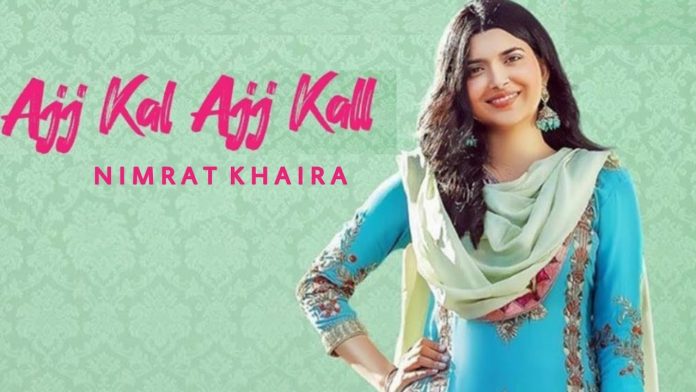 Nimrat Khaira has taken to her social media handle to share the poster of her new song. Titled ‘Ajj Kal Ajj Kall’, the song will be hitting the music charts on June 11.

The song has lyrics and composition by Bunty Bains and music by Desi Crew. Furthermore, Sukh Sanghera  has worked on the video of the song.

Meanwhile, on the cinematic front, the trailer of Nimrat Khaira’s first outing of 2020 ‘Jodi’ will be out soon. The movie will star her and Diljit Dosanjh as the lead couple. And this is the first time these two will be seen sharing the screen space.