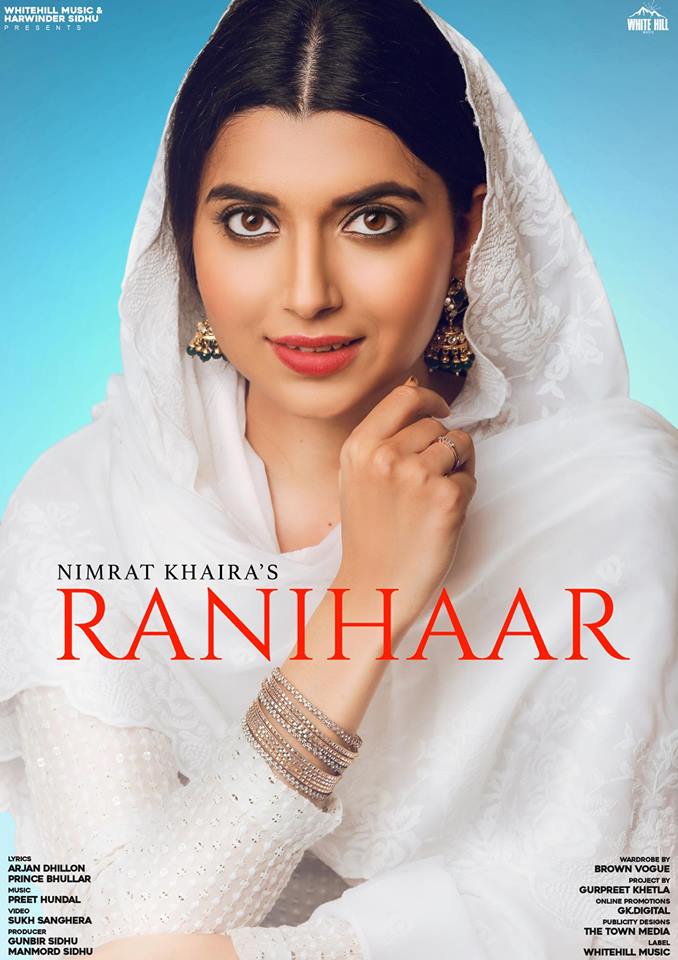 Punjabi singer Nimrat Khaira has shared the poster for her upcoming track, ‘Ranihaar’.

It’s been 7 months since the release of ‘Brobar Boli’, and 8 months since ‘Designer’, so fans have been eagerly waiting for new music from the Punjabi singer. Whilst she’s been quite on the music scene, she did make her Pollywood debut in ‘Lahorye’ alongside Amrinder Gill, Sargun Mehta and Yuvraj Hans.

She has also sung for many Pollywood movies, and was awarded our PFA award for ‘Best Female Playback Singer’, for the song ‘Dubai Wale Sheikh’ which featured in ‘Manje Bistre’.

On Wednesday, Nimrat made the special announcement on her birthday revealing her new song title and the poster for ‘Ranihaar’, which be out on August 17th.

The track has been produced by Preet Hundal, who has worked with Nimrat in the past on ‘Rohab Rakhdi’. We can expect a visually stunning music video, as it has been directed by well known music video director Sukh Sanghera.

We’re sure this will be another hit from the Punjab native, and we can also see Nimrat star alongside Tarsem Jassar in ‘Afsar’, which is slated to be released September 5th.