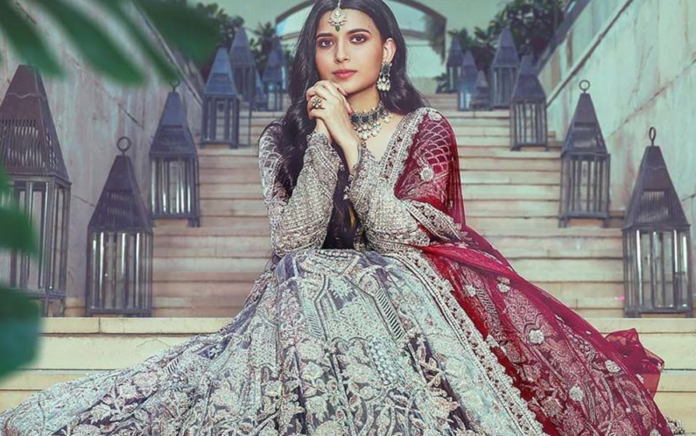 Nimrat Khaira has been ‘Busy Busy’ since releasing her previous single last month — after sharing the poster for her next song ‘Time Chakda.’

Over the weekend, the singer whet our appetites with a striking visual that resembled a live-action model for an authentic Indian Disney princess.

In the poster presented by T-Series, the singer can be seen clad in a bejewelled red and silver lehenga, sat at the foot of a staircase with elbows alighted on her laps.
Khaira shared the poster on her Instagram announcing the next song:

The release date of the song is yet to be announced.