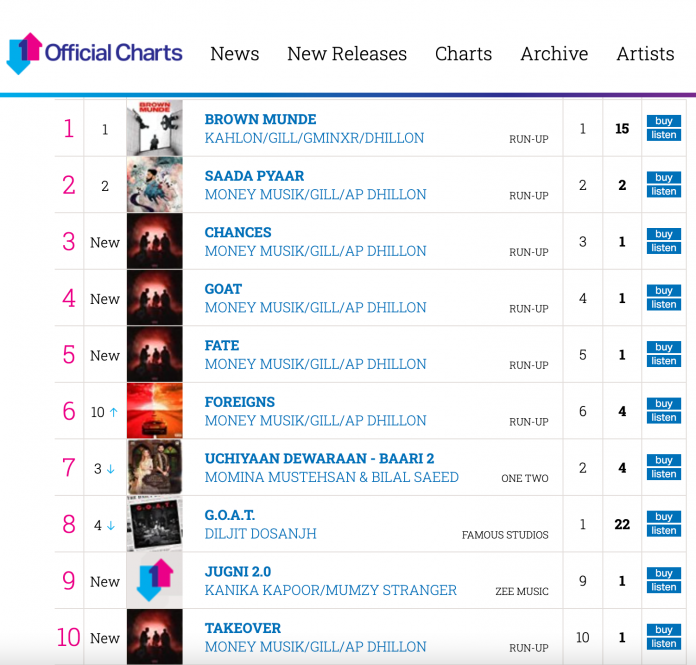 Brown Munde by AP Dhillon, Gurinder Gill and Shinda Kahlon remains at number one on the Official Punjabi Music Chart Top 20 — bolstered by their brand new album Not by Chance.

A testament to their talents this week, as AP Dhillon et al have dominated the top six spaces with songs from their EP Not by Chance. Brown Munde still remains at number one followed by Saada Pyar and Chances at number three.

For the fifth consecutive month (with the exception of Nakhre by Jay Sean and Rishi Rich for two weeks in October) Brown Munde is clearly immovable.

When Dhillon shared a teaser of the now chart topper on his socials in September, it was evident from the caption that they’d be ‘breaking boundaries’ and so breaking the charts too.

This week however, we’ll turn our attention to the guys’ newer song with Saada Pyar which released on his first album Not by Chance, released in December 2020.

The complete album is available to listen and download here.