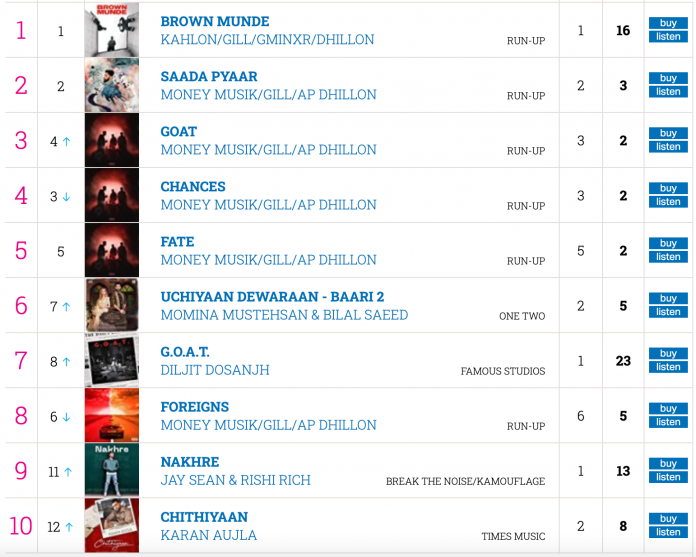 Brown Munde by AP Dhillon, Gurinder Gill and Shinda Kahlon remains at number one on the Official Punjabi Music Chart Top 20 — bolstered by their brand new album Not by Chance.

AP Dhillon et al have dominated the top six spaces this week with songs from their EP Not by Chance. For the fifth consecutive month, Brown Munde still remains at number one followed by Saada Pyar and GOAT at number three.

So let’s turn our attention to their latest music video Saada Pyar which released on AP Dhillon’s first album Not by Chance, released in December 2020.

Check out the music video for Saada Pyar which the artist pinned to his Twitter profile in December. The video has now reached almost 20k views.

The complete album is available to listen and download here.