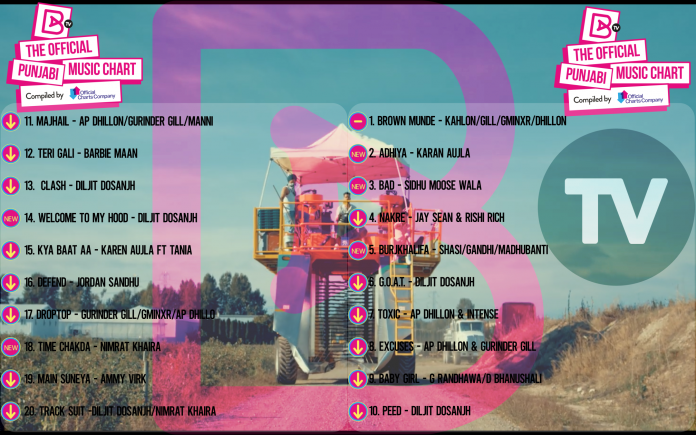 Two weeks ago, the top spot was dominated by Jay Sean and Rishi Rich’s Nakhre. And it wasn’t before too long before Brown Munde ascended the chart to claim the number one spot the following week and indeed this week.

When the artist posted a snippet on his Instagram platform last month, it was evident from the caption that they’d be ‘breaking boundaries’ but little to our knowledge did we think he’d be breaking the charts too.

Dominating the Punjabi Music Chart for the second consecutive week, his declaration is justified.

Listen back with the official music video here: