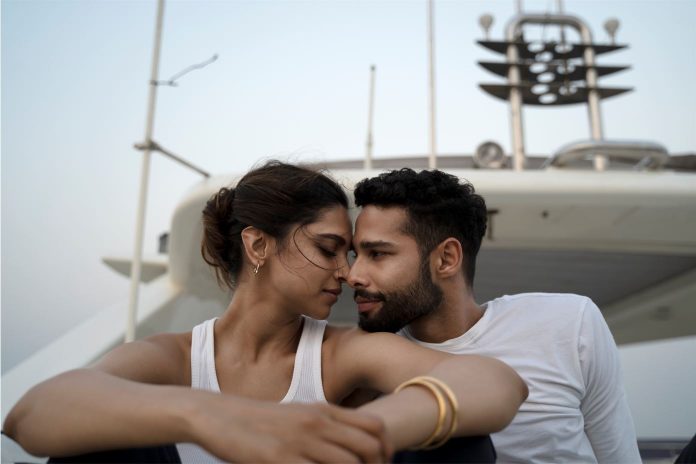 The first song to be released from Gehraiyaan features the film’s leads, Deepika Padukone and Siddhant Chaturvedi in what invites audiences to the “addictive first phase of falling for someone – where everything is dreamy and adventurous”.

Designed by Ankur Tewari, the Doobey is composed by Kabeer Kathpalia a.k.a OAFF and Savera, written by Kausar Munir and sung by Lothika Jha.

Speaking about the first song, Ankur Tewari shared, “From the onset I knew that the music of Gehraiyaan had to be true to its story and allow the audiences to be absorbed into the world of these characters. Kabeer, Savera and our lyricist Kausar, have all done a phenomenal job at bringing in the youthful essence yet keeping the intrigue intact! And Lothika’s vocals add the right amount of freshness and intensity to the song.”

Musician Kabeer Kathpalia aka OAFF added, “It was an incredible experience to work on this film and its music. The adoration that we have been receiving since the first teaser, has been extremely special and definitely humbling. With Doobey, we wanted to recreate the feeling of freefalling; the heady rush of a new relationship, of being in love. Gehraiyaan truly a special album for each of us and we’re really hoping the audience enjoys listening to it as much as we enjoyed creating it.”

Watch the official music video for Doobey below:

Alongside Padukone and Chaturvedi, the film also features Ananya Panday and Dhairya Karwa as leads along with Naseeruddin Shah and Rajat Kapur in key roles.

Jointly produced by Viacom18 Studios and Dharma Productions in association with director Shakun Batra’s Jouska Films, Gehraiyaan will premiere worldwide only on Prime Video on February 11, 2022.