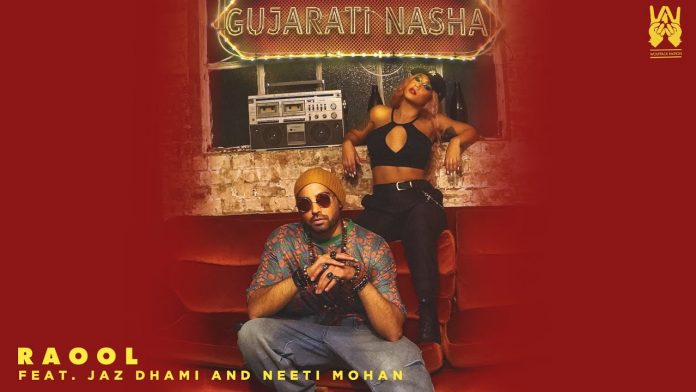 Wolfpack Nation is proud to present Gujarati Nasha — in a first of its kind Diwali special, featuring the instantly recognisable vocals of Jaz Dhami and Neeti Mohan.

At the helm of the Gujarati Nasha is Aussie/Brit composer and rapper RaOol who has assembled Punjabi superstar Jaz Dhami, singing in Gujarati for the first time in his career. Not least Bollywood playback icon Neeti Mohan (Student of the Year, Padmavat, Jab Tak Hai Jaan) who raps bars in a seamlessly melodic way.

Gujarati Nasha builds on the success of Achko Machko and Ke Have Have and is the final banger for this Diwali from RaOol’s 4 track EP ‘Gujarat Stand Up’.

The Video is directed by The Great Murshed (Jasmine Sandlas ‘Punjeba’) which you can watch right here:

Taking to Twitter a day after its release, Raool shared a tweet from featured artist, Dhami with the caption: “U killed this my bro!”