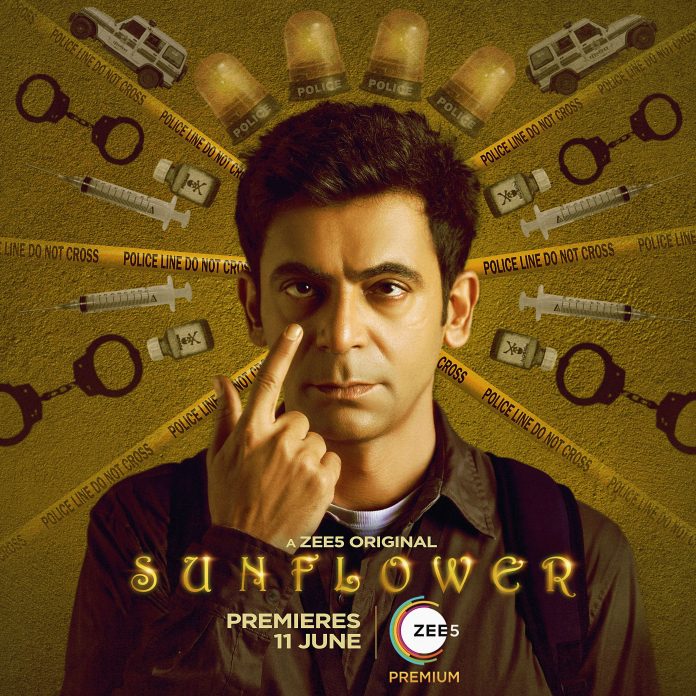 Available to stream now on ZEE5 Global, the innovative series sees Sunil Grover in a new screen avatar, alongside a stellar ensemble cast that has been hailed by critics and audiences.su

Sunflower is the story of a middle-class housing society in Mumbai called “SUNFLOWER”, home to a plethora of quirky characters. From thrill, comedy and drama centred around the characters with their relatable stories, everything revolving around the housing society takes you on a roller-coaster ride that is keeping viewers hooked.

Archana Anand, Chief Business Officer, ZEE5 Global, said, “We’re thrilled to have premiered Sunflower on our platform this month for our global audiences. Adding to the exciting lineup of new releases, this is yet another blockbuster web series with Sunil Grover in the lead. A situational crime comedy, this unique Original is having viewers completely hooked as the web of crime, laced with comedy, unfolds.”

Produced by Reliance Entertainment and Good Co., the series is written by Vikas Bahl and co-directed by Rahul Sengupta and Vikas Bahl.

Sunflower, a ZEE5 Original, is streaming now on ZEE5.