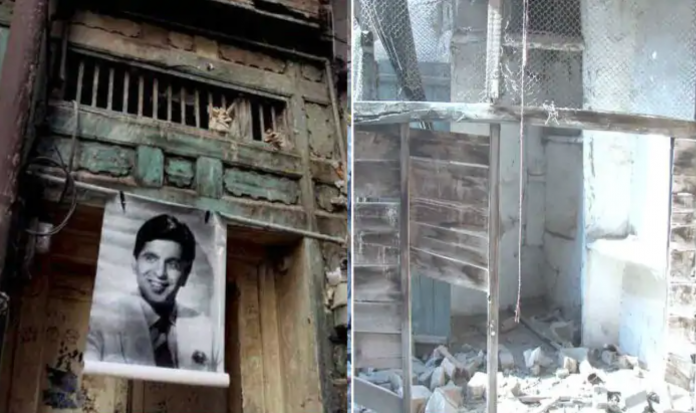 Veteran Bollywood actor, Dilip Kumar has shared photos of his ancestral house in Peshawar that will be bought by the Pakistan government.

The Devdas (1955) actor aged 97, received a glimpse of his ancestral house in Peshawar, courtesy of a journalist from Pakistan.

Last week, multimedia journalist Shiraz Hassan posted four photographs of Kumar’s ancestral house, which is over a 100 years old and located in the heart of Peshawar city in Pakistan. The actor responded recently, thanking him for the pictures and requesting “all in Peshawar” to share photos of the house, if they had any.

Kumar’s ancestral house was declared a national heritage site in 2013 by the then Nawaz Sharif government. It made the news recently when the provincial government in Pakistan’s Khyber-Pakhtunkhwa decided to purchase it in a bid to conserve the historic building.

Take a look at the pictures captured by the journalist which Kumar reposted on Twitter:

Thank you for sharing this. Requesting all in #Peshawar to share photos of my ancestral house (if you’ve clicked the pic) and tag #DilipKumar https://t.co/bB4Xp4IrUB

The house was in a dilapidated condition and confirmed that the iconic structure would be reconstructed soon.

Kumar was born as ‘Muhammad Yusuf Khan’ in this house at Mohalla Khudabad in the Qissa Khwani Bazar of Peshawar on 11 December 1922. His relatives lived in the house until 2005, before selling it for Rs 56 lakh to a local resident.

According to a report by news agency PTI, the Department of Archaeology in Khyber-Pakhtunkhwa province has decided to allocate sufficient funds for purchasing the ancestral houses of Raj Kapoor and Dilip Kumar.