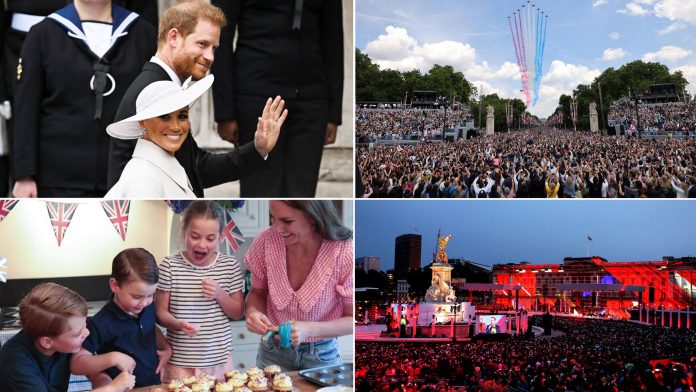 From the Queen’s surprise film with Paddington Bear, to Harry and Meghan’s visit and Prince Louis entertaining the crowds, Sky News has picked out some of the most memorable moments from the Platinum Jubilee celebrations.

While the Queen did skip some events, like the Epsom Derby, she was met with excited crowds and loud cheers in the moments she did appear.

There had been speculation that she would not appear at the horse race due to the ongoing mobility issues she experienced during her two appearances on Thursday.

Her appearance at Saturday’s Buckingham Palace concert was limited to a film, though it turned out to be one of the highlights of the entire Jubilee, as she had tea with Paddington.

She appeared on the balcony with other senior members of the Royal Family and was seen smiling at the flypast and talking to members of the family who joined her.