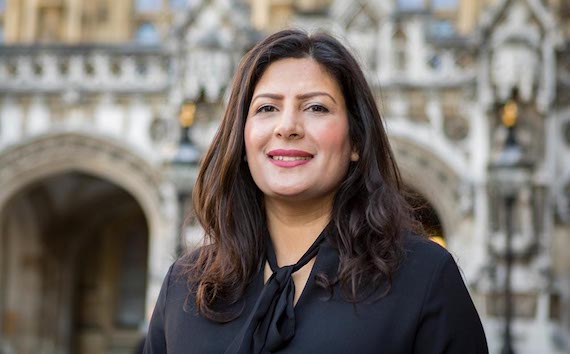 Birmingham MP Preet Kaur Gill is appealing to the Home Secretary for rescue and relief for Sikhs and Hindus in Afghanistan.

Preet Kaur Gill, the first female Sikh MP and Chair of the All-Party Parliamentary Group on British Sikhs, has written to Ms Patel “to raise the desperate situation facing religious minorities” following the country’s take-over by the Taliban.

In her letter to the Home Secretary, Ms Gill said: “The need for immediate protection for the Sikh and Hindu minority is clear, as evidenced by the treatment of religious minorities at the height of the Taliban insurgency in the 1990s. In 1992, there was an estimated 60,000 Sikhs in Afghanistan.”

She emphasised that currently, it is thought that there are only 300-2,000 left.

While she is “grateful” for Ms Patel’s letter last week that confirmed the resettlement scheme will prioritise women and girls, and religious and other minorities, she remains concerned that at the time of writing, the scheme is “yet to open”.

Ms Gill also called for more clarity on the process to apply for the scheme.

She added that currently, around 650 Afghan Sikhs and Hindus are in need of asylum –  which, 380 are currently in India. The remaining 270 are at Gurdwara Sri Guru Singh Sabha situated in Karta-e-Parwan in Kabul, of which 51 are children, 50 are women, and 15-20 are elderly.

Ms Gill added: “It is imperative that we extract these Sikhs and Hindus to ensure their safety. Anecdotally, I am concerned that the UK’s systems for processing applications appear to be in chaos, and are struggling to find the bandwidth to deal with the influx of cases.

“We need urgent clarity about who will coordinate this effort to extract and resettle the Afghans at Gurdwara Sri Guru Singh Sabha and secure their safe passage out of the country.”

Ms Gill concluded by saying she is relying on Ms Patel and Dominic Raab to “facilitate the evacuation and coordinate with the other countries” like Canada and India that have committed to support this community.