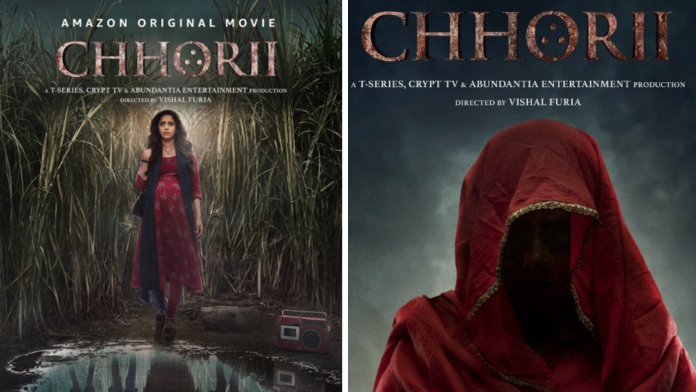 A remake of the Marathi film Lapachhapi, the film features Nushrratt Bharuccha in the lead role, alongside Mita Vashisht, Rajesh Jais, Saurabh Goyal, and Yaanea Bharadwaj.

A young couple, forced out of their city home, seeks shelter in a house inside a haunted sugarcane field, where Bharuchha’s character must save her baby from the spirits who are out to get her unborn baby.

Chhorii also marks the first collaboration between Abundantia Entertainment’s Psych, (a vertical focused on the horror and paranormal genres) and Los Angeles-based Crypt TV, known for showcasing a new brand of scary with shows like The Look-See, The Birch, Sunny Family Cult, and The Thing in the Apartment.

Speaking about the film in a statement, Nushrratt Bharuccha said: “Stepping into a new genre and unique genre like horror is a daunting-yet-exciting experience

“While the narrative of the film is anchored in horror it also carries a perspective that I hope the audiences will relate to. The trailer is just a sneak peek of a bigger horror that is set to unravel. I hope Prime Video viewers worldwide like and appreciate the work we’ve put into this film, and I can’t wait to see their reactions”, she added.

Director Vishal Furia said: “Chhorii is a uniquely Indian story waiting to be told to a global audience.

“With Chhorii our aim is to take this scary story to a wide cross-section of the movie-watchers and allow fans of the genre to experience horror like never before. I have thoroughly enjoyed my collaboration with Abundantia Entertainment, Crypt TV and T-Series and am glad to have partnered with a streaming service like Prime Video for this film, as it allows us to reach viewers across the globe.”

Chhorii releases on 26 November 2021, only on Amazon Prime Video.