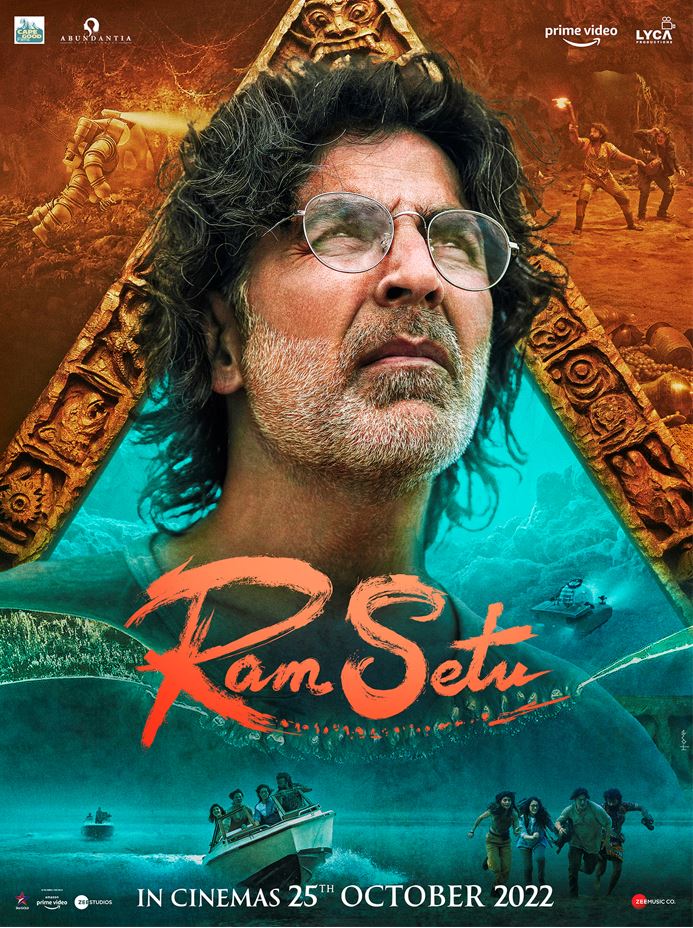 Prime Video Presents Ram Setu, in association with Cape of Good Films, Lyca and Abundantia Entertainment, is one of the most anticipated films of the year. Millions of fans have been eagerly waiting for this action-adventure film with a bated breath. Today, the makers of the film and Akshay Kumar confirmed the release date of the film with a mesmerising, spectacle promising first look titled ‘First Glimpse Into The World of Ram Setu’.

The story of Ram Setu revolves around an atheist archaeologist turned believer, Aryan Kulshrestha (Akshay Kumar), who must race against time to prove the true existence of the legendary Ram Setu before evil forces destroy the pillar of India’s heritage.

The film also stars Satyadev Kancharana, Nushrratt Bharuccha, Jacqueline Fernandez and M. Nasser in primary roles. Promising to be a fast-paced, action-adventure entertainer for the entire family and with a never-seen-before visual scale, Ram Setu is written and directed by Abhishek Sharma (Parmanu,

Tere Bin Laden) and is slated for a Diwali release worldwide.

Presented by Prime Video in association with Cape of Good Films and Lyca Productions and is an Abundantia Entertainment Production.

The film is produced by Aruna Bhatia (Cape of Good Films), Vikram Malhotra (Abundantia Entertainment), Subaskaran, Mahaveer Jain, and Aashish Singh (Lyca Productions) and Prime Video with Dr. Chandraprakash Dwivedi as the Creative Producer. Ram Setu will be distributed worldwide in theatres by Zee Studios. Ram Setu will be in theatres 25th October, 2022.