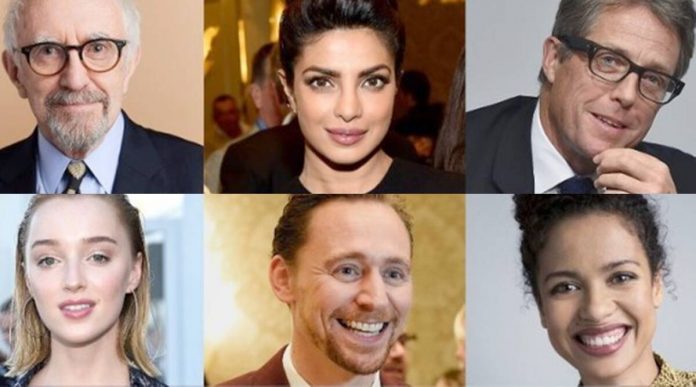 Priyanka Chopra Jonas has been announced as one of the presenters for the 74th BAFTAs ceremony.

Priyanka Chopra Jonas is one of the presenters at this weekend’s British Academy Film Awards, which will conclude tonight (Sunday) at 7pm at the Royal Albert Hall.

The actress, who is currently in London, took to Instagram Stories to repost from the official BAFTA Instagram page, announcing the news.

She captioned her post: “So honoured and excited to be presenting at the #EEBAFTAs this Sunday!”

On Twitter, BAFTA announced the line up by sharing a photo collage of the confirmed presenters for the ceremony – among which highlighted Hugh Grant, Tom Hiddleston, Gugu Mbatha-Raw and more.

We're thrilled to announce that the presenters at the #EEBAFTAs will include @twhiddleston, @priyankachopra, @HackedOffHugh, @gugumbatharaw and so many more! Tune in to see them all THIS SUNDAY at 7PM on @BBCOne 😍

Jonas and other presenters at London will be joined virtually by presenters from the Los Angeles including Rose Byrne, Andra Day, Anna Kendrick and Renee Zellweger.

In addition to Jonas presenting the Rising Star Award that honours new talent; the event will be elevated as her recently released film The White Tiger by Ramin Bahrani is in the running for two awards. Adarsh Gourav is in the Leading Actor category, and writer-director Ramin Bahrami is in the category for Best Adapted Screenplay. The international star is all the more elated as she starred in, as well as executive produced the drama film.

Watch the 2021 EE BAFTAs at 7pm on BBC One and BBC One HD, hosted by Dermot O’Leary and Edith Bowman.

You can also keep up with all the action by following BAFTA social media channels or on our website.

Due to Coronavirus restrictions there will be no red carpet access for the public for the event.