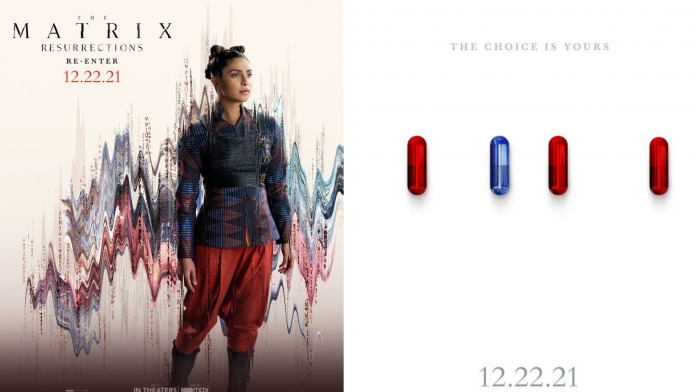 Warner Bros. Pictures has released new character posters from The Matrix Resurrections, set to release in cinemas on 22 December, 2021.

The Matrix Resurrections is the long-awaited fourth film in the groundbreaking franchise that redefined Sci-Fi. It sees Neo (Reeves) plagued by strange memories, whose life takes an unexpected turn when he finds himself back inside the Matrix.

The upcoming film, directed by Lana Wachowski reunites original stars Keanu Reeves and Carrie-Anne Moss in the iconic roles they made famous, Neo and Trinity.

Chopra Jonas shared the first look at her character poster on social media, alongside the caption: “And she’s here. Re-enter #TheMatrix12.22.21.”

Re-enter the Matrix with these character posters for The Matrix Resurrections. In theaters and on HBO Max* 12.22.21. #TheMatrix (1/2) pic.twitter.com/9LWCvb8HdN

Watch the official trailer for The Matrix Resurrections here:

The Matrix Resurrections is in cinemas on 22 December, 2021.