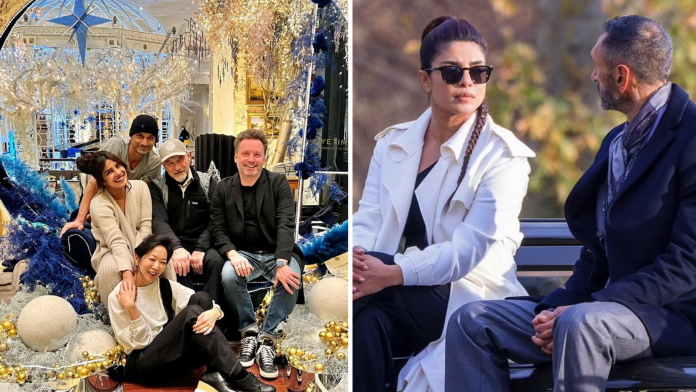 Priyanka Chopra Jonas was captured behind the scenes in London on Wednesday (8 December) while filming her final scenes for Amazon Prime’s upcoming spy series.

The international star, 39, sported a white trench coat while she took on action-packed scenes in Kensington Gardens.

She was joined by her co-star Richard Madden, 35, who braved the cold in a suede and leather-look biker jacket while they shot the final scenes of the new Russo Brothers drama.

Taking to Instagram, Chopra Jonas shared a carousel of pictures of her last days on set with her co-stars alongside the caption, “It’s a wrap on #Citadel S1
Phew.. a whole year of doing the most intense work during the most intense time. It could not have been possible without this incredible lot of people. Some you see here some you don’t.

She continued, “It’s been hard but when you all see it.. it will be worth it! ❤️
Onwards and upwards @amazonstudios.”

The White Tiger actress will next be seen in Warner Bros. upcoming film, The Matrix Resurrections on 22 December, 2021.