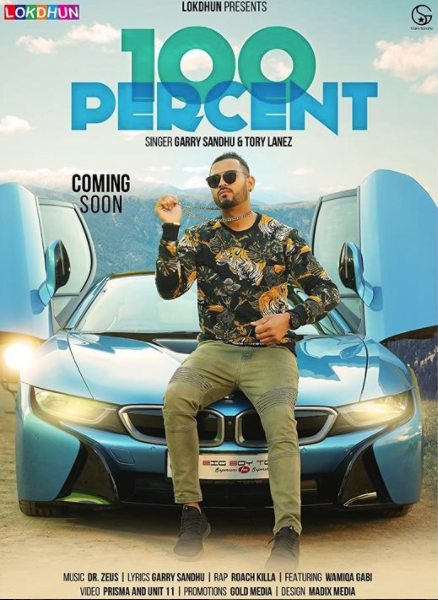 Punjabi singer Garry Sandhu has announced that he has a new track titled ‘100 Percent’ with the likes of American RnB singer Tory Lanez, UK British Asian rapper Roach Killa, and Dr Zeus on the track.

Last year, when taking over our Facebook page, the singer teased that he had a song coming with Tory Lanez but kept everything on the down low.

Garry finally took to his social media, to confirm the new single by revealing the official poster.

British Asian Dr Zeus has produced the track, which has been inspired by KondZilla’s track ‘Bum Bum Tam Tam’, which Garry shared on his Instagram.

We’re expected to see Punjabi actress Wamiqa Gabbi in the music video, after Garry also shared on his Instagram page, Wamiqa dancing to the track.

The international collaboration is set to be the next Punjabi ‘Tum Tum Bum Bum’, and we look forward to hearing it.