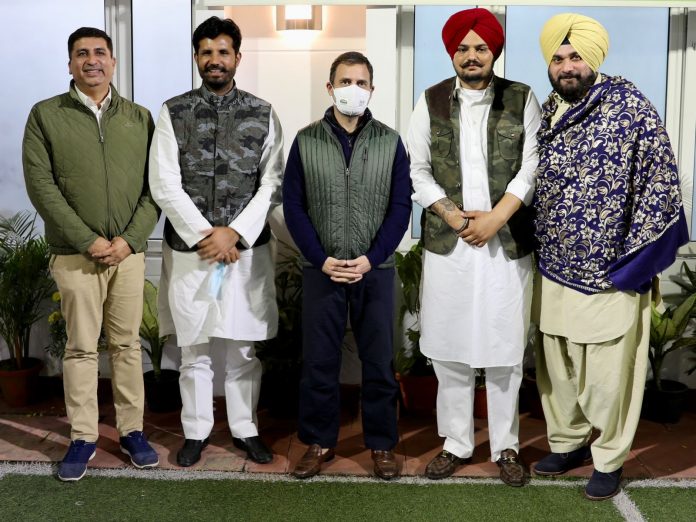 Sidhu Moosewala has officially joined the Congress in the run-up to the Punjab election early next year.

The Punjabi rapper is likely to contest the polls from Mansa, his hometown.

In a statement, BJP general secretary Tarun Chugh said the induction of Moosewala has exposed the “nefarious design of Congress”.

Moosewala faces many cases that accuse him of glorifying guns and violence through his songs. However, Navjot Sidhu stonewalled questions on the subject.

“Why are you asking about issues which are subjudice? Let the people of Punjab decide about him. The media should not decide,” Mr Sidhu told reporters.

Chief Minister Charanjit Singh Channi added: “He has won the hearts of everyone. He is a son of a farmer and his father is an ex-army officer. I am sure he will make Congress party proud, I welcome him on behalf of Congress.”

Mr Channi also took to Twitter to express his sentiments, saying: “Welcoming young, passionate and talented, @iSidhuMooseWala, to Congress family. I am sure he will serve people to the best of his ability and will spread the message of Congress party at grass-root level.”