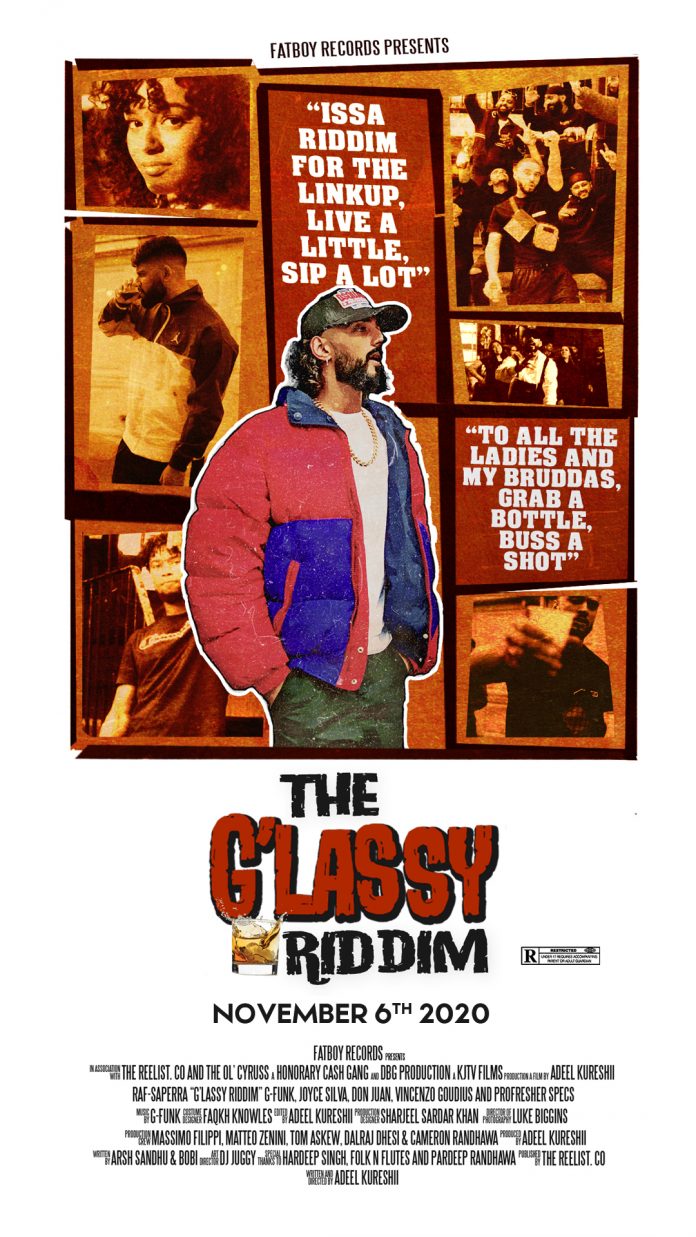 Raf-Saprerra, the most anticipated artist to emerge from UK’s underground Punjabi scene sets out to prove his believers right with the arrival of his debut single G’Lassy Riddim on Friday 6 November.

Born in the south London town of Streatham, Raf-Saperra has proved to be a vocal tour-de-force and an enigmatic talent — making tidal waves within the Asian music stratosphere since his arrival on social media in March 2020.

After producing the record-breaking title track for Diljit Dosanjh from the album G.O.A.T, we see Birmingham native music producer, G-Funk, team up with Saperra for G’Lassy Riddim, which is set to be Saperra’s debut single releasing on 6 November 2020.

Funk sets out to showcase his versatility as he brings listeners an entirely different sound to what we heard from him in G.O.A.T! The grimy East coast hip-hop idiom. The screaming Desi folk instrumentation. The ill-mannered, aggressive and audacious production style. Funk immediately demands your attention on this release.

The track title serves as a head-nod to the popularity of Grime ‘riddim’ instrumentals in the early 2000’s (Nutty Violin riddim, Wifey riddim etc.), which he dovetails with reverence to his roots, producing a sound that is both unapologetically Punjabi, yet British.

The burgeoning artist took to Twitter yesterday to share a snippet from the upcoming music video with the caption “4 DAYS TO GO.”

G’lassy Riddim will be joined by an official music video directed by Adeel Kureshii, which is also set to release on 6th November 2020. The single will be available to pre-order, purchase and stream from all major distributors.

Upon his abrupt and unannounced entrance, word spread like wildfire about a ‘new kid’ on the scene – boasting a unique, folk-orientated vocal tone and style of delivery completely juxtaposed with a certain cachet of a London native, who upon first glance wouldn’t be pegged as someone who carries the vocals he does.

With organic views counting over half a million across social media platforms, the past 6 months saw Saperra quietly dominate the cultural conversation and rapidly build a cult following within the UK like no other British-Punjabi artist has done in recent years.

“Everything you have seen from me thus far culminates from my real-life struggles, my bond with music, my love for cinema and the tutelage from my mentors. To God be the Glory. Respeck.”  – Raf-Saperra