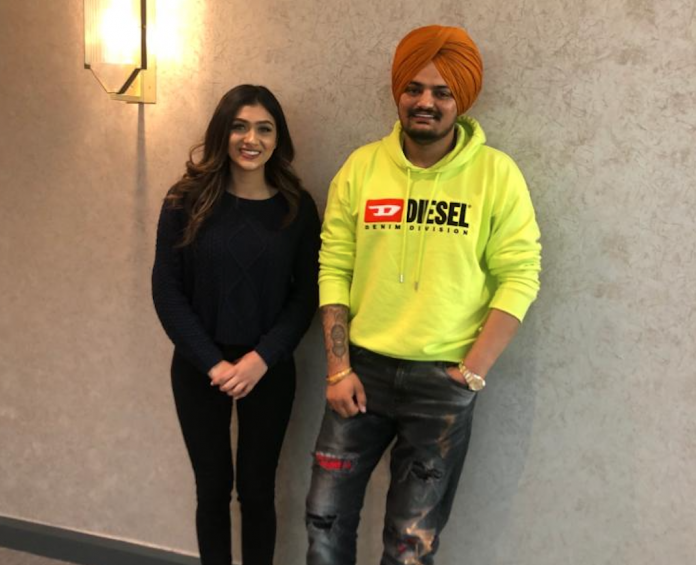 Rajdip Shoker completes her one year anniversary at BritAsia TV.

Rajdip Shoker started her career as a radio presenter at a local radio station in 2017. She then featured as the female lead in a music video opposite Dr Satinder Sartaj in “Udaarian”, directed by Sunny Dhinsey in 2018 from the album “Seasons of Sartaj”.

She hosted live events for artists such as Jasmine Sandlas and Mankirt Aulakh. In 2019 she started her career as a TV presenter at BritAsia TV. She was launched as the face of BATV’s and first ever Official Punjabi Music Chart compiled by the Official Charts Company, which now holds over 1 million viewers per month.

Through BritAsia TV, she has interviewed many artists including Sidhu Moosewala after having hosted the Red Carpet event for the Kuflink BritAsia TV Music Awards 2019 (BAMA 19). This was the biggest South Asian awards function in the UK where stars like Emiway, Mickey Singh and Sidhu Moosewala illuminated the stage, in Wembley SSE Arena.

In 2020 during the pandemic, BritAsia TV turned to Instagram lives as a new way to connect with artists around the world and get an insight into their life in lockdown. Shoker joined many leading artists like Gippy Grewal, Jazzy B, Karan Aujla and many more to help spread positivity during uncertain times.

Shoker is the youngest South Asian TV presenter in the UK and will soon be featuring opposite Khan Bhaini, the fast growing artist who collaborated with Fateh for the track ‘Proud To Be Desi’ in 2020, as the female lead in his upcoming song ‘Lamborghini’.