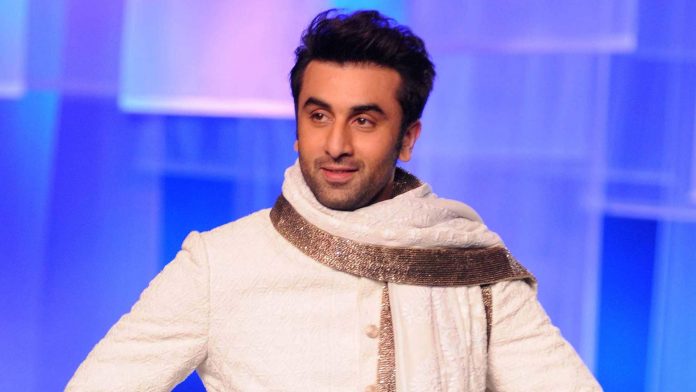 Ranbir Kapoor stars in Rajkumar Hirani’s new biopic on the notorious Bollywood actor, Sanjay Dutt. Ranbir is playing Sanjay’s life through several stages, from the 90’s up to his experience in rehab and prison. Sanjay’s history with the law dates back to the 90’s when he was accused of illegal possession of arms and was imprisoned in 2013.

To represent a true portrayal of Sanjay, Ranbir has gained over 13kg of muscle. Ranbir is working with fitness trainer Kunal Gir, he says Ranbir “has gained more than 13kg now which is all muscle and no fat. His waist line has gone down by an inch and he has been loosing fat while building up.” Ranbir has been very committed to his regime, it’s even involved him getting up at 3am just to have a protein shake. Ranbir has commented that he’s excited to play Sanjay; it’s also Bollywood’s first biopic on an actor. The film will also feature Vicky Kaushal, Dia Mirza, Paresh Rawal and Sonam Kapoor.

Would you go to see the biopic? Let us know your thought. #BritAsiaTV