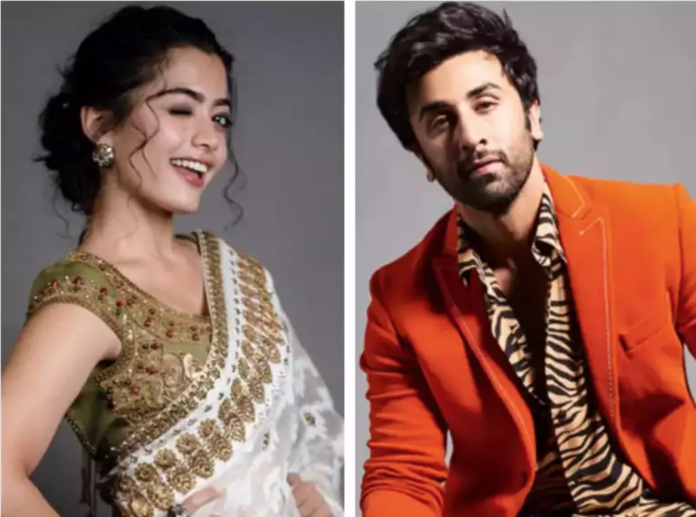 Rashmika Mandanna recently took to her social media handle sharing a picture from the sets of ‘Animal’ for which she is currently shooting in Mumbai.

In the picture, Ranbir can be seen greeting people in Rashmika’s style, ‘The Korean heart’ which she usually sees going around with the media. The photo also featured director Sandeep Reddy Vanga who is all smiles for the camera. The actress captioned the lovely picture, ‘@sandeepreddy.vanga and RK Both say hi.’

This is the first time Ranbir and Rashmika will be seen sharing the screen space. ‘Animal’ is undoubtedly one of the most anticipated films of Ranbir and it also stars Anil Kapoor and Bobby Deol in key roles.

Meanwhile, Bollywood is eagerly waiting for Kannada star Rashmika to make her debut. Apart from ‘Animal’, she is also a part of ‘Mission Majnu’ where she will be sharing the screen space with Sidharth Malhotra.

The actress has also been roped in for Vikas Bahl’s ‘Goodbye’ which also stars Amitabh Bachchan, Pavail Gulati and Neena Gupta in pivotal roles. The film is scheduled to release on October 6.